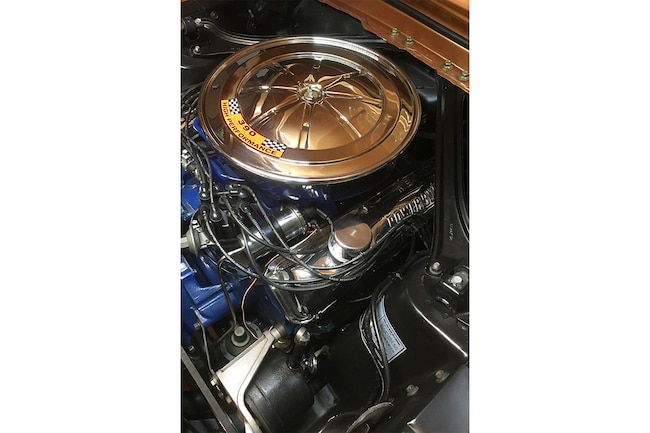 A Thunderbird Special?
I am in search of information about S-code 1967 Mustangs. Many reference materials refer to the 390 as a "390 GT," and some call it a "390 Thunderbird Special," and one just calls it a "Special." I have every issue of MM since the late '80s and wondered if there were any articles regarding identifying the correct casting numbers used. The 390 GT was 335 hp and the Thunderbird Special shows 320 hp, so there should be differences. I have a Ford High Performance Parts Identifier from 1988 and it shows great info if the engine in the '67 was a 390 GT 335 hp, but I don't think it is, since all info I have says it was 320hp Thunderbird Special. Any info you can provide would be appreciated.
Scott Graves
De Soto, Missouri

A great question. Sometimes information like this occurs because of Ford printing it in a brochure, and then it gets picked up by the writers, and then it gets cloudy when we try to do research. Some of it is caused by old guys remembering things wrong, and then it gets passed on as fact. When this happens, I like to go back to the original documentation and see what Ford wrote back when the product came out. In this case, I went back to my 1967 Ford Car Service Specifications book, the Ford Text and Illustrations book, and the sales brochures for both the Mustang and Thunderbird.
The 1967 S-code Mustang came with the 335 hp GT engine, and the Thunderbird was equipped with the 315hp 390 4V engine. Although these engines shared a lot of components, they were quite different. The origins of the "Thunderbird Special" comes from the earlier Thunderbird models, when the 390 was called that and it was stamped on the valve covers of the early T-birds. In 1967 the Thunderbird used "Power By Ford" valve covers. The 1967 Thunderbird sales brochure lists the 315hp engine as the "Famous Thunderbird 390. "
The confusion starts with the Mustang sales brochure in 1967. Right there on page 14 it says, "a new 390 cu-in. Thunderbird Special." It also states the 320hp rating you mentioned. The Service Specifications for '67 lists the engine as a 325 hp 390 GT. The GT engine used the same intake as used on the T-bird and has a big "S" cast on the front intake runner, which adds to the confusion. The "Special" moniker comes from the earlier '61-'62 375hp High-Performance 390 engines, which were different than the 390 PI engines of the same era. So, the Mustang uses the GT engine, which was also used in the Fairlanes, Comets, and Cougars, and not the Thunderbird Special engine. Blame Ford marketing.
As far as differences between engines, here's a quick list of some of the differences and similarities between the them.
-The T-bird used a 440-cfm Autolite 4300 carburetor; the GT used a 600-cfm Holley 4150.
-Both used the same C7AE-9425-E intake.
-Both used a C7ME-A standard 390 block (some may have come with C6ME blocks).
-Both used the same C6 or C7AE-A or -H heads, but the GT was machined for 14- (most) or 16-bolt (some) vertical and horizontal exhaust patterns. The T-bird was machined for the 8-bolt vertical pattern big car manifolds. Both used the same valve sizes.
-GT used the Fairlane GT exhaust manifolds (C6OZ-9430-A and C7OE-9431-A) and the T-bird used fullsize car manifolds (C6AZ-9430-A and C3AZ-9431-D).
-T-bird used a fullsize car cam (C6AZ-6250-A); GT got the Fairlane GT cam (C6OZ-6250-B). Lift for cams was .440in/.440ex for T-bird and .481in/.490ex for the GT. Both are hydraulic.
-Both used the same piston, which produced 10.5:1 compression.
-They used different distributors, and the GT allowed for 29-37 total advance at 2,000 rpm compared to 27-36 for the T-bird.
-Both used the same C6AZ-6303-A crankshaft (marked 2U).
-Both used the same C6AZ-6200-D rods.
You may ask with all those changes, why only 10hp difference? The horsepower numbers aren't much in base form, but Ford was giving the performance crowd some base goodies and they knew most of these engines weren't going to stay stock. They had the same philosophy with the 428 SCJ camshafts—they knew real drag racers were going to change it to make the car work better with the 3.91 or 4:30 gearset, so the cam selection wasn't terribly exciting.

In 1967, with the muscle car wars heating up, Ford needed to add more horsepower to the Mustang; it did so with the proven 390 FE engine. It was touted in the sales brochure as a "Thunderbird Special," but it was, in fact, the Fairlane GT engine. This fine example is owned by Karl Mohr.