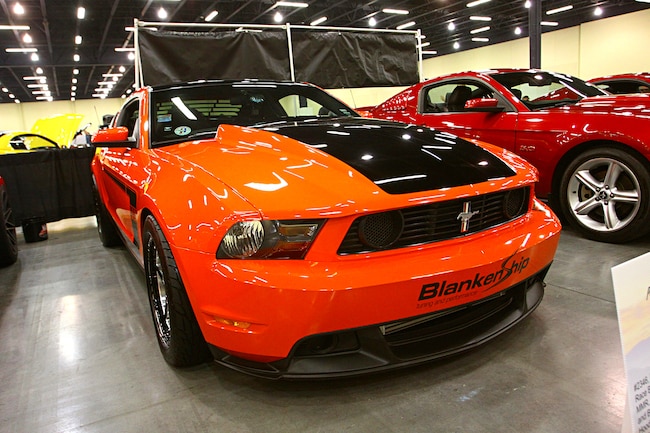 From the factory, the Boss 302 was already a potent package. Almost like a 2003-2004 Cobra, the engine was stout compared to standard Coyote-powered Mustang GTs of the same years. We ran into Billy Puckett’s 2012 Boss 302 when we were at Ponies in the Smokies. His features upgraded MMR valvetrain components and oil pump gears, BBK Performance long-tube headers, Flowmaster axle-back exhaust, and a ProCharger D-1SC supercharger. To accent the ProCharger, the car also features an upgraded blow-off valve and intercooler, a Kenne Bell Boost-A-Pump, and ID1300 injectors. Tuned by Blankenship Tuning and Performance, the combo is good for 735 hp on 11 pounds of boost. A McLeod RXT clutch lives in the tunnel, while a set of Weld Racing wheels plays host to Mickey Thompson radials both front and rear. Billy plans on a return trip to Blankenship Tuning and Performance for a return-style fuel system to run on E90 and go for the 950hp range.