Deana Tolley-Haines and her 1971 Mustang Mach 1 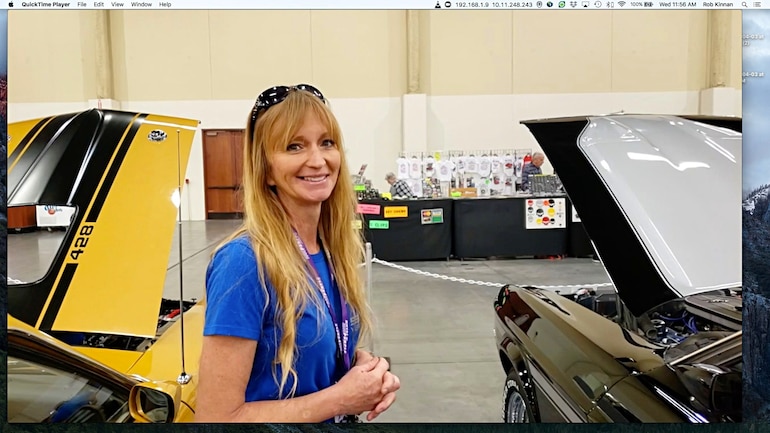 We found Deana Haines and her Mustang at the Ponies in the Smokies (PITS) event in March 2019, and decided to present this week’s Mustang Girl Monday as a video instead of the usual story with still photos.

Deana first saw this car for sale and fell in love with it in 1983 when she was just 12 years old, and three years later when it came up for sale, she convinced her dad to go look at it. With an offer of $1,600, the seller bit and the Mustang became Deana’s first car. It has a 351C under the hood with 2-V heads, an Edelbrock 4-barrel intake and Holley 650cfm double pumper, 3.73:1 gears out back and 10-inch-wide Magnum wheels on the back with Cooper tires.

Deana said, “At 16 years old, I had a passion for drag racing but that dream turned into a nightmare. The car was parked in 1990 and dismantled. Twenty seven years later I finally decided to get the car back on the road and nothing was going to stop me. In April 2018, a good friend from high school helped me finish it. I haven’t driven it in 28 years until just now.”

As you can see, she still needs to do some things to “finish” the Mustang (but are they ever really finished?) like an interior, window moldings and things like that, but the car still presented itself just fine at PITS.

Check out this video for the full rundown on Deana and her Mustang, and remember that each week Team Mustang Girls features a different female Mustang owner. Submit your story at http://teammustanggirls.com/submit-your-mustang-story/