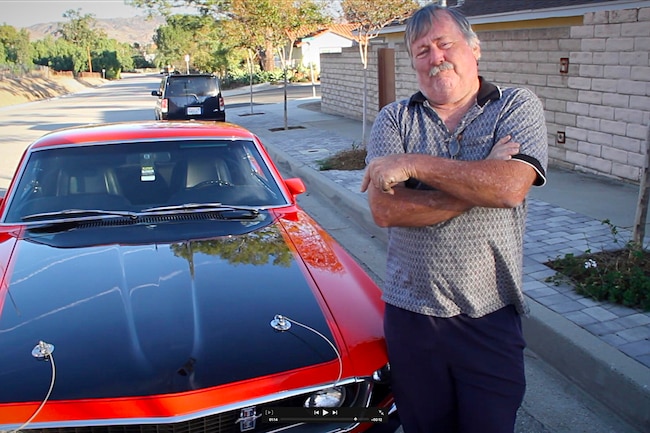 Sometimes, the word boss is used in association with crime, as in “Crime Boss.” Mustang fans associate the word with highly desirable performance versions of the car, such as Boss 302 or Boss 429. But for Mustang enthusiast Mike Venarde, the word ended being up being a double entendre. After doing research on a what was basically a rolling chassis with just a few original 1969 Boss 302 parts, Mike found out the car he wanted to purchase to begin a restoration process had quite a storied background. “It came out of San Fernando....it had been stolen. The driver was shot and, there were two bullet holes in the door.” Mike recounted.

Mike had bought the gutted car’s chassis in 1985 along with a second parts car to begin his build up replication of a faithful 1969 Boss 302. He travelled from San Francisco all the way to Utah just to get the shell even though it was missing everything, including the glass and the interior. Mike knew it would take years to build but he wanted it to be a completely stock representation of that era’s 302 build sheet, even though it could never be a numbers matching car. He ended using a ton of NOS parts and only a few reproduction parts of the correct era, including a year-correct Boss 302 engine and 4-speed, and correct-color Deluxe interior package that Kevin Marti said came on only 41 Boss 302s in 1969.