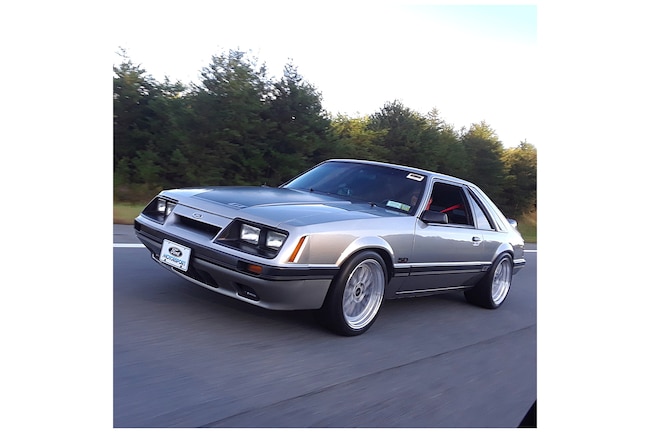 Chris Miller has been reading this magazine since the beginning, and he’s also been in a Fox Mustang during that time as well, sometimes owning more than one at a time. He purchased this 1986 Mustang GT from a friend, but when the engine started using oil he did what most of us would have done: He coyote-swapped it. “I did 95 percent of the swap myself, and it wasn’t as bad with help from friends and getting the parts that work together,” Miller says. After the swap he had the car painted Vapor Silver, while also adding a Steeda Autosports wing, SVO sail panels, and Recaro seats. Miller also made a custom console so he could use the LMR cupholders. He followed up that addition with SVE Series 1 wheels and old-school Ford Motorsport mud flaps to protect the paint. “The car is a blast to drive and gets looks everywhere,” he says. It should be no surprise to hear that Miller’s four-eye racks up trophies and awards everywhere he goes.