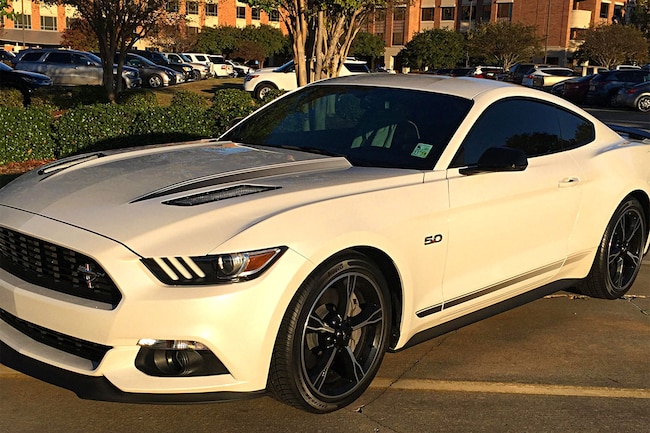 This 2017 Mustang GT California Special was a retirement gift for Michael Watts to himself. His GT definitely meets our standards, as it has been extensively modified by StangHi Performance in Gonzales, Louisiana. Watts is a retired federal officer. After purchasing the car in December 2017 he took it to StangHi for the addition of boost, several Steeda Autosports suspension and chassis mods, an MBRP exhaust, and a rear seat delete. With StangHi also handling the tune, the California Special put down over 650 hp. This was using the stock automatic transmission and 3.15 rear axle. “I use the car as a daily driver, and the mods have transformed the already fast GT into a monster,” Watts says. “It is a great daily driver, and when you want to go fast it pulls hard and will spin the rear wheels in any gear.”