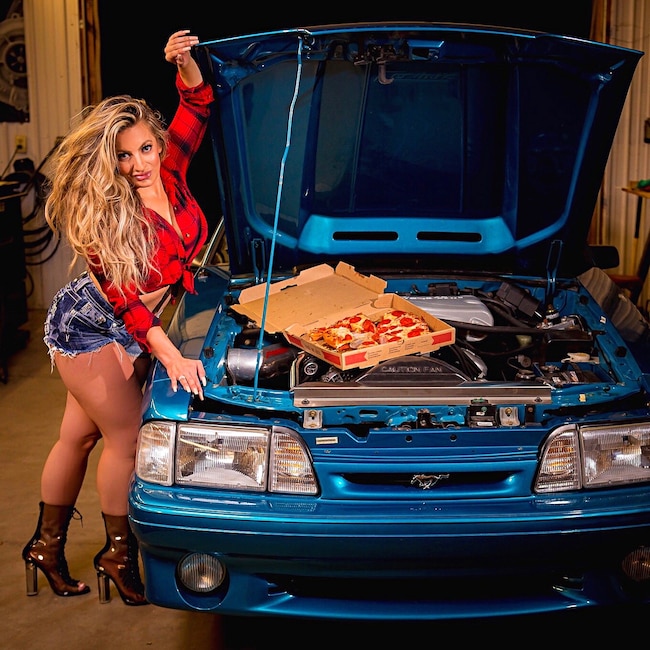 Lindsay Allen’s teal ’93 Cobra has been seen in magazines and here on Mustang-360.com (http://www.mustangandfords.com/featured-vehicles/1806-lindseys-teal-metallic-1993-cobra-with-just-22000-original-miles/), but when we called her to make her the latest Mustang Girl Monday, she jumped at the chance.

Lindsay grew up a Mustang girl, as her parents had a Mustang featured in Muscle Mustangs & Fast Fords magazine, and her father taught her to drive a stick on her sister’s ’88 GT convertible when she was 14 years old. Her parents also drug her around to a bunch of Mustang shows while she was growing up, and she fell in love with the lines and nostalgia that Mustangs have.

Her Cobra has some aftermarket goodies on it, such as Fox Lake-ported Trick Flow cylinder heads, a Track Heat upper and lower intake manifold, Bassani equal-length headers, Flowmaster exhaust, a Pro 5.0 shifter, and 4.10:1 gears. She didn’t waste time adding all that stuff either, since the car only has 22,000 miles on it. 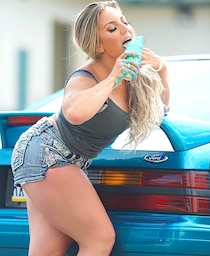 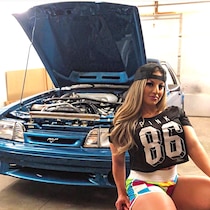 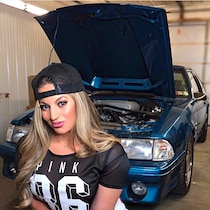 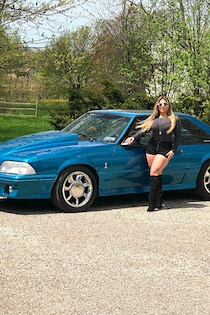 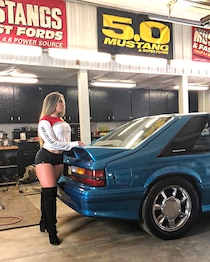