Jennifer Hill’s Mustang passion was sparked by a boy, and both are still in her life. 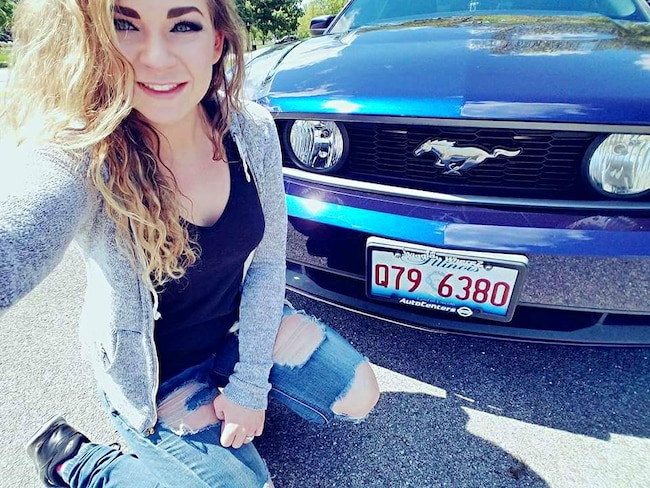 Not all stories have to be complicated. Sometimes it's as simple as a boy with a Mustang that sparks a passion for a girl to want one of her own. And this week’s Mustang Girl, Jennifer Hill, made it happen. She tells us, "The first memory I had with Mustangs would be my high school boyfriend's. He had a red 1994 Mustang GT that had some work done to it. The car was just so much fun to be in, there was nothing more freeing!"

Jennifer's passion for both the boy and Mustangs hasn't wavered. She says, "Fast-forward a few years and we're still together and both driving Mustang GT's; mine is a 2011 and his is a 2014! Prior to the Mustang I had a Mitsubishi Eclipse GTS which made me realize how much I enjoyed driving a sports car. It was a great car for a teenager but once I reached my twenties it was time for something more mature. The way my Mustang grips turns and just the power in general is what attracted me to the car. Plus they're just absolutely gorgeous! Nothing compares to driving down a back road with the windows down in a sexy car you love!"