Allen Platt and his 1965 Falcon pay tribute to his father, Hubert Platt

With a few alterations to Hank Jr.’s lyrics to change the subject from music to drag racing, his song would perfectly fit Allen Platt’s life. Allen’s father is the incomparable Hubert Platt, who readers of this site most likely have heard of. Hubert (1931-2015) was one of the pioneers of the sport of drag racing and is a Drag Racing Hall of Fame Inductee, as well as the recipient of the prestigious NHRA Lifetime Achievement Award. After a 20-year career spanning from 1957 to 1977, Hubert campaigned 28 different race cars, including one of the first 50 “135” series 1968 ½ Cobra Jet Mustangs at the ’68 NHRA Winternationals. Hubert was also a significant part of the Ford Drag Team that held seminars across the country in the late ‘60s.

In the early 1990s, when nostalgia drag racing became a subculture of the sport, Hubert and his son Allen were heavily involved and spent over 25 years making appearances coast to coast at Hot Rod Reunions and drag racing events. Over the years, seven of Hubert’s original cars have resurfaced and 12 tribute replicas have been built and are either on tour or in private collections.

One of those cars is the Georgia Shaker III, a 1965 Ford Falcon powered by a 427 Hi-Riser with Hilborn mechanical injectors and running on alcohol. This car was highly modified with an altered wheelbase (where the rearend was moved forward and a straight-axle front), which was popular in the mid- to late-‘60s for weight transfer purposes. Today we call them “gassers” but back in the day they were called “funny cars” because of the way they looked—that’s a funny-looking car.” And yes, they were the progenitors of today’s tube-chassis, Hemi-powered, nitro-burning Funny Cars. The Georgia Shaker III was one of Hubert’s most iconic cars and helped lead him to a Ford Factory sponsorship that carried him throughout his career.

The Georgia Shaker III tribute car owned and driven by his son Allen and is an exact replica of the original except for a modern cage and safety equipment. Allen still runs on alcohol and rows a 4-speed and makes passes in the high-6-second range at over 100mph in the eighth-mile in the various nostalgia events he goes to, including all 11 of the Southeast Gasser Association events in 2018. He also participates in match races against his cousin Houston “Rocky” Platt’s 1965 Chevy II fastback “Dixie Twister” tribute car. Houston Sr. was Hubert’s brother, so it’s pretty cool to see the sons of the original Hall of Famers’ racing tribute cars to their fathers.

The A/FX class in the Southeast Gasser Association was started mid-way through the 2017 season and is enormously popular with fans. The cars make four to five runs during a weekend so fans get ample opportunity to see these blasts from the past pull the wheels and haul butt. Of course they also participate in the NHRA Hot Rod Reunion in Bowling Green, KY every June. Allen’s passion is to keep drag racing history alive and to carry on his father’s legacy, and as such he has a booth at every event with all kinds of Hubert Platt merchandise, like T-shirts, hoodies, sweatshirts, DVDs, die-cast cars, and much more.

Older guys that want to re-live the past and younger fans that were born too late for the “glory days” of drag racing should check out a nostalgia event and it’ll feel like you stepped out of a time machine right into 1966 or so. If you do, make sure to stop by Allen’s booth and say hello. And buy something—they need the money (and more sponsorships) to keep the memories alive! 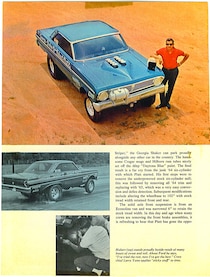 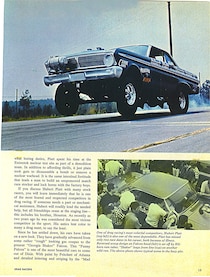 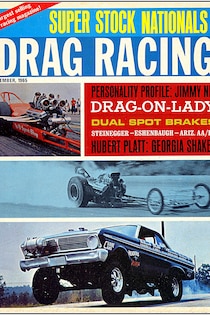 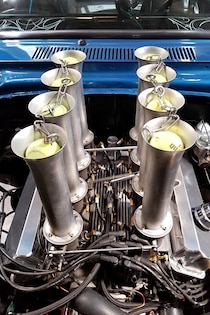 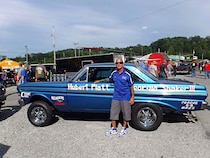