There are Mustang people, and there are Mustang people, and we’d put Vanessa Guzman solidly in the latter category. She told us, “My name is Vanessa Guzman, current President and former Vice President and Secretary of the South Texas Mustang Club. I am a 100 percent Ford Mustang girl! Ask anyone. I have lived and breathed Mustangs since before I could walk. I fell in love with my uncle’s 1969 Mach 1 when I was a toddler and it was then when I knew I was addicted to Mustangs at a very early age. In high school, I met my soulmate because I simply wanted a ride in his 1998 Mustang GT! Needless to say, 18 years later, our hobby is representing and working to make our club the best it can be.”

She went on to say, “My adventure began in 2008 when I joined the STMC as a member, quickly working my way up the ladder by volunteering then becoming an elected officer. From secretary to president, I have always strived and taken great pride in our club. While it has not always been the easiest task, it has been incredibly rewarding. While registration for our annual Fall Roundup and Spring Rally may seem overwhelming for some, I have always enjoyed the challenge. I have managed the registration for our annual Roundup shows since 2009. Over time, I have made several modifications to make the task easier and as efficient as possible. In March of 2018, our club hosted the Lone Star State Mustang National and I was appointed by my fellow STMC officers to serve as MCA National Show Registrar. I was so honored and excited!”

“I am so blessed to share my passion with my soulmate Juan and my friends from the South Texas Mustang Club that I consider to be my family—My Mustang Family that is. I have and will always have the Ford Blue blood pumping through my veins.” 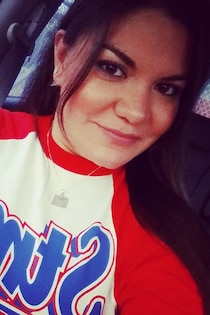 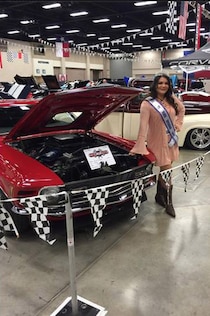