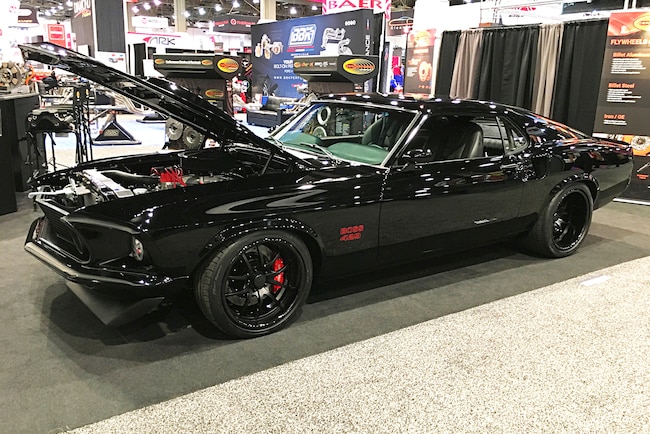 The first day of the SEMA Show, Tuesday, is always the time when the hot new car builds have their covers pulled off to the oohs and aahs of the massive crowds that usually assemble. Our first Mustang reveal at the 2018 SEMA Show was in the Centerforce booth, where Centerforce’s Will Baty and Classic Recreations owner Jason Engle debuted the first officially Ford licensed Boss 429. The Boss-9 Mustang is equipped with an 815 horsepower 514ci stroker engine featuring a Centerforce DYAD clutch and flywheel, updated valvetrain, and cutting edge EFI and engine management systems. We’re finagling with Engle at the show to get a full feature on this car for Mustang Monthly, so stay tuned!