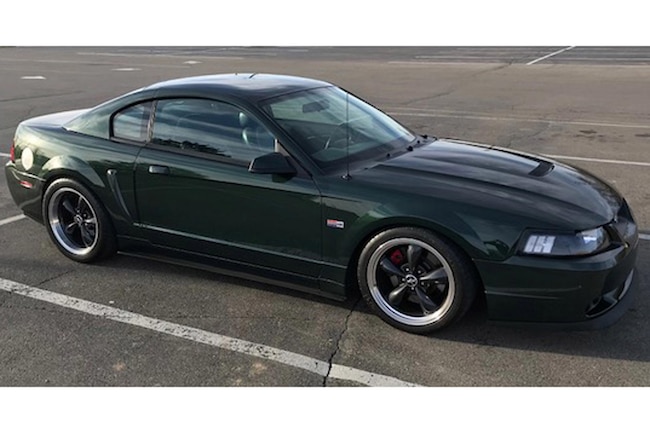 Rolling the streets of Cincinnati is James Reedy’s 2001 Bullitt Mustang in Highland Green. He added a few modifications to make his New Edge Bullitt stand out, such as a front bumper from a 2001 Cobra complete with Mach 1 chin spoiler and a rear 2003/2004 shaved Cobra bumper. Covering the engine bay is a 2004 V-6 hood with a GT350 heat extractor. A shaved trunk, custom rear splitters, and Carbon Driven side splitters were also added to the exterior. Bullitt replicas are 18x9, 18x10 rear with 2008 Bullitt center caps.