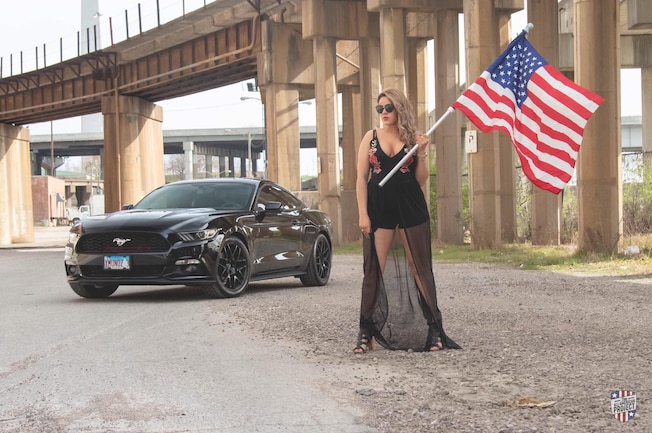 We reached out to Yoselin Munoz about her Mustang story and this is what she had to say. "Have you ever fallen in love? I don’t mean the kind of love you find with a person but instead with a thing. Well I did, for me it happened October 22, 2016 when I purchased my new 2016 Black Ford Mustang. To date that is the best purchase I have ever made.

"Growing up I had always been a Ford girl: my parents both drove F-150s. Never would I have imagined that at the age of 23 I would own my dream car. I always thought that saying ‘If you don’t look back at your car after you park it, you’ve bought the wrong car’ was dumb until the day I parked my Mustang outside my house and was walking in and couldn’t help but look back and say to myself ‘damn I love this car.’ A year and a half later I still find myself looking back at my car after parking it somewhere.

"A few short months after having the car I met someone who told me about a local Mustang club so of course immediately I wanted to join. I joined on their Facebook page— St. Charles Mustangs. Shortly after I went to some car meets, met some of the people and they were nothing but welcoming and friendly and helpful. It was just a group of people who loved their Mustangs. They have helped me make some improvements to my Mustang, and it now looks and sounds so much better. I never thought that purchasing this car would bring me so many new friendships. I love my Mustang."