Adelbert Engler is Mr. Mustang in Belgium, with a huge collection of small and full-size Mustangs 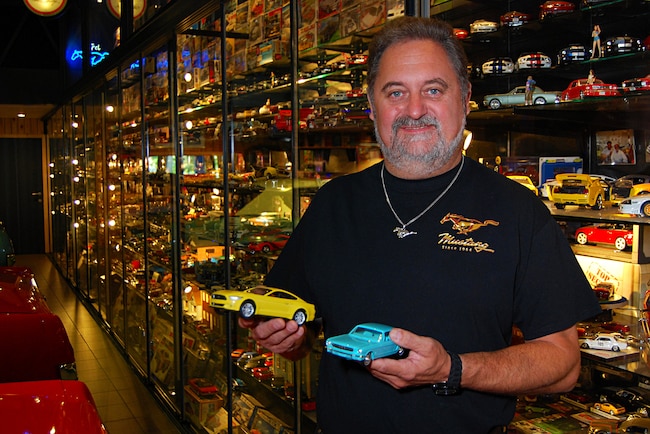 Following a meeting with the Scott Drake folks at the 2017 SEMA show, Drake’s Gary Schechner introduced us to Adelbert Engler from all the way over in Belgium. Gary knew this author is a huge Mustang II freak, as is Adelbert, so we bonded over that right away but then we saw his collection of Mustangs at his Belgium-based shop The Mustang Garage (MustangGarage.be and www.themustanggarage.com) and realized we had to show it to you.

In broken English, Adelbert told us, “I started to love Mustangs at the age of 8. It became a red line in my life. In the year 2000 it was possible to start a business with only Mustangs, and now we have a team with 8 persons involved into the Mustangs.”

This Mach 1 is an original sold-in-Belgium car with a 2.8L V-6 and four-speed that Adelbert is building for a friend named Peter.

He also claims responsibility for helping develop a 1/18-scale mini-Mustang from Greenlight, and working with an importer from the Netherlands there are 16 different Mustang II models in 1/18 scale. Speaking of Mustang IIs, he also owns an original Belgium Cobra II V8 (one of only seven sold in Belgium), in addition to a Mach 1 with a 2.8L V-6 and manual transmission, also originally sold in his home country. His third II is a fairly rare 1977 coupe with a V-8 and automatic and all the power options, including an 8-track player, with only 35,000 miles on it. Adelbert told us, “It was originally sold in California and driven by a Dutch woman. She moved to Japan with her Mustang and after driving it there, she came back to France via the Netherlands. The car has more miles on the boat than on the road. Ten years ago it was bought by a Dutchman and he repainted it and placed new carpet and the chrome wheels. All the rest is still original.”

This white coupe was originally sold in California to a Dutch woman who took it to Japan, then shipped it to France via the Netherlands and out in storage for 10 years. Adelbert said, “It’s for sale but I would not be angry if it stays here.” He was aware of this car and always told the owner “if you have plans to sell it please call,” and he did. This original 35,000-mile V8 automatic Mustang has all the paperwork with it. Adelbert said, “All the invoices even in Japan ( and translated) are with it. I have the Japanese licence plate. It is hard to find those untouched and nearly rust-free Mustang IIs.” 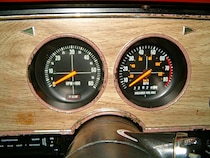 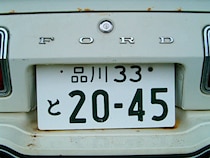 In addition to his “Little Jewel” ‘stangs, Adelbert has a 1988 GT, ’93 convertible GT, ’83 GT race car (a clone of the 24 Hours of Spa racer in 1983), a 2016 EcoBoost, ’65 hardtop rally car the Montel Carlo, and is currently in the middle of building a clone of George Folmer’s 1969 Boss 302 Trans Am car. His shop sells and builds cars, parts, and accessories, and also houses his enormous collection of die-cast Mustangs among all the “real” Mustangs.

Check out the video that Ford of Europe did on the collection some time ago, as well as the photos in the gallery below, and if you ever make your way to Belgium, stop in and tell him Mustang Monthly sent you.

This 1965 coupe is from the Monte Carlo rally and The Mustang Garage is also in the middle of a George Follmer 1969 Boss 302 #16 Trans Am clone. 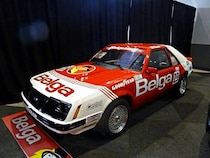 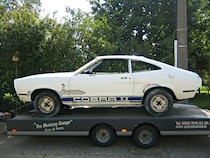 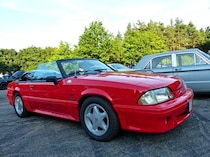