Mustang Girl Monday: A 1966 Mustang Tribute to a Fallen Soldier 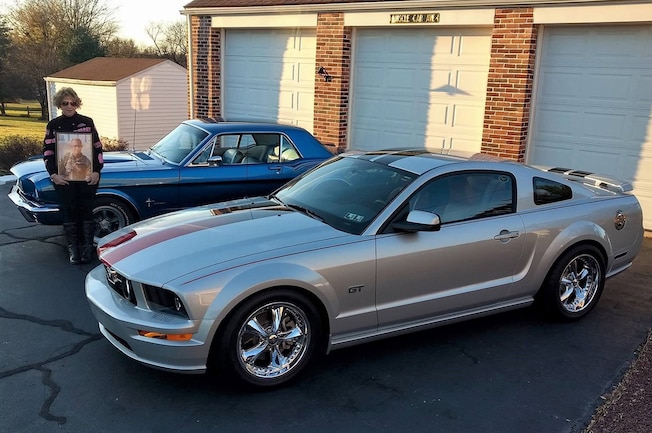 Rhonda Grove’s love and appreciation for Mustangs goes back many years. She told us, “I have had Mustangs in the ‘60s,’70s, ‘80s, ’90s, and in the 2000s. Some girls like diamonds but I prefer the pony, as I call it. When I met my husband of 32 years he owned a Mustang and although he stole my heart, it didn't hurt that he owned a Mustang.

“We both had such a love for the greatest car ever produced. The Ford Nationals in Carlisle, Pennsylvania was never missed and many cars were purchased at this event. About 20 years or so ago we purchased our first 1966 coupe in which we had given to our son when he graduated from high school and joined the Air Force. We were all hooked—a family of Mustang lovers. We taught our son to love and respect his country and the many blessings that we are able to enjoy. He joined the Air Force after completing high school and I knew with his standards the Air Force would be as blessed to have him as we were. He went on to prove us right. He graduated with honors in basic and distinguished honors in security forces. He wanted to be a State Police Trooper after completing his four years. While home on leave from the Dover Air Force base he was killed by a drunk driver. The 1966 mustang sat for three years. We decided that we would honor him and all men and women that serve this great country we live in. We made it a tribute car. The trunk has a beautiful airbrush on it with a staircase to heaven, flags flowing on either side, praying hands with his dog tags. In script it says ‘You are not forgotten.’ None of our service men and women should ever be forgotten.”

Rhonda proudly said “The Ford Mustang has stood the test of time and proved it self for so many years. I will always be a Ford girl!” Each week Team Mustang Girls features a different female Mustang owner. Submit your story at http://teammustanggirls.com/submit-your-mustang-story/.