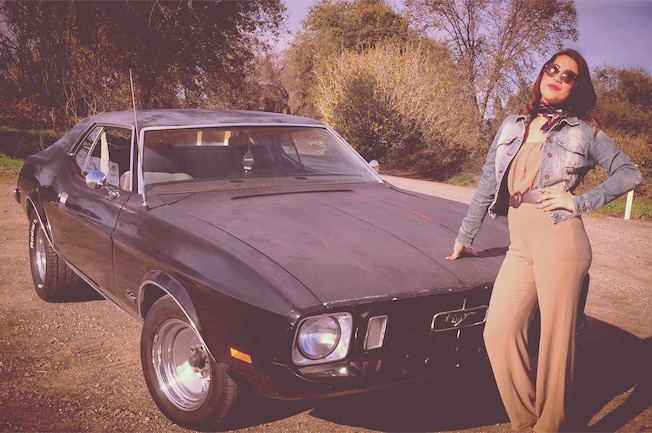 Karina Arredondo’s love for Mustangs began in the womb. She told us, “My dad said when I was born I would cry a lot and the only way I'd shut up was if we went for a cruise in Momma Stang, which is what we'd call the family’s first green Mustang. The ‘Stang Fam grew when my dad upgraded to his Darth Maul. We would go to town and play our version of slug bug but with Mustangs. That is one of my best memories and something that our family still does on road trips.”

Karina got her very own Mustang when she was 17, a 2007 V6 car that was eventually totaled by a utility truck, which Karina described as “a huggggeee bummer! It nearly broke my heart.” She began saving her pennies and dimes in the effort to buy another Mustang, which she did in March 2016 in Tracy, California when she found the perfect ’72 coupe on Craigslist and instantly fell in love. The car is a Holley-carbureted V8 with an automatic, and Flowmasters lets it growl. Karina said, “It chugs my gas like no other but it's okay—it's all in the name of love.” 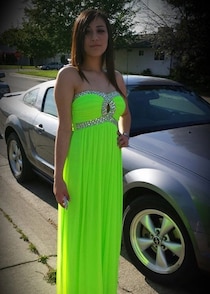