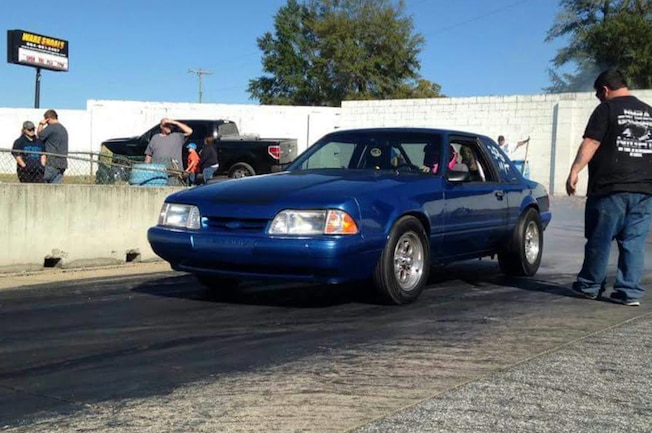 Welcome back to the work week with Mustang Girl Monday, brought to you by Team Mustang Girls. This week we would like to introduce Robin Whiteford-Quinton and her stable full of Mustangs, which includes a 2015 GT, 1993 GT, 1991 LX coupe 5.0, and 1989 LX coupe 5.0. Don't let this high school teacher of 18 years fool you; she's fast, and earned the name Radial Princess from her fellow racers, "I may be girlie girl but I can cut one heck of a light!"

Robin has been around Mustangs her whole life. She tells us, "I was brought home from the hospital in a 1973 Mustang, I learned to drive in a 1965, I went to prom in a 1990, my first car was a 1993, and I was given my 2015 as a wedding present last year. They have always been in my family. My mom has had 12 and my sister has had 4 and both still drive one today. I have had around 30 and currently own four, two of which I race in NMRA events."

Not only does Robin race but she makes it a top priority in her life. "My husband Eric and I were married between NMRA races last year in March after the Spring break Shootout, and honeymooned in Atlanta, where we won our True Street index class. He is the best crew chief a girl could ask for."

Keep your eye out for Robin in the future, the radial princess will be in Bradenton, Florida for the NMRA Spring Break shootout March 1st. 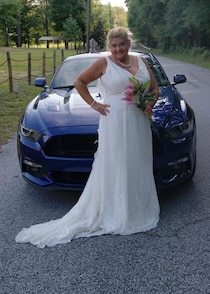 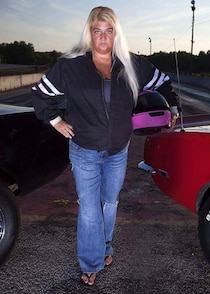 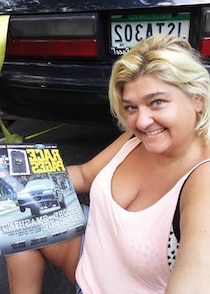