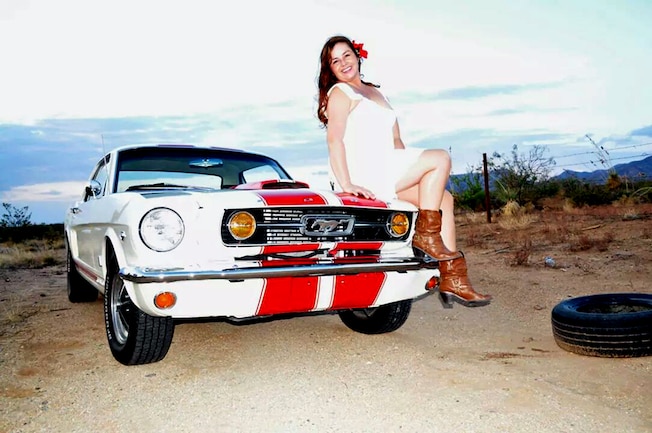 It's Mustang Girl Monday brought to you by Team Mustang Girls. This week we would like you to meet Amber Reynolds of Las Cruces, NM and her 1966 Mustang coupe.

Amber told us, “I fell in love with classic Mustangs when I was 16. I decided then and there I would have one some day! Years later, I made friends with a man that builds hot rods and he convinced me that, with his help, I could restore my own classic. So the search on Craigslist began! We found my GT sitting in a local farmer’s yard. Even after sitting for eight years, she started right up! It took a buddy and me almost two years of weekends to restore it to the beautiful car you see now. Since then I have driven her to shows all over new Mexico, Texas, Arizona, and even as far as California. Her name is Scarlett and she has been my pride and joy the last five years.