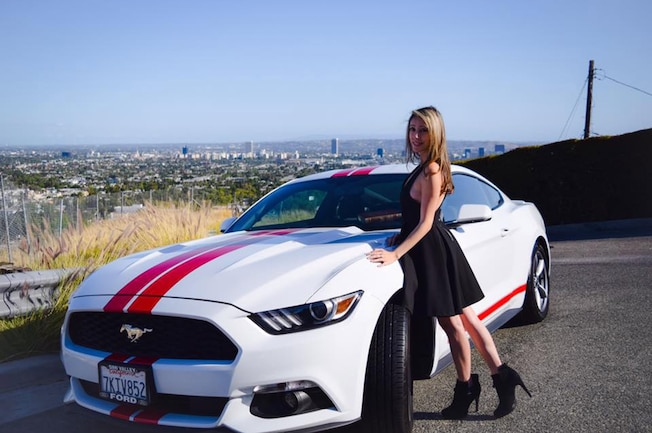 It's Mustang Girl Monday brought to you by Team Mustang Girls, and this week we would like to introduce Miriam Estrada and her 2015 Mustang.

Miriam knew she wanted a Mustang even before she got her driver’s license. Her sister had a green ’03 Mustang that she would pick Miriam up from school with every day, during Miriam’s high school days. Once Miriam got her license, sis’s ’03 Mustang was the first car she drove, and told us, “I felt so incredibly special inside and at that moment I knew one day I would own my very own pony.”

When asked why she liked the Mustang specifically, Miriam said, “It's classic Americana and nostalgia. I respect anything that has stood the test of time and Mustangs have continued to be eye-catching beautiful cars. I carry an inner confidence and pride when I drive my car.” She continued, saying, “I would be so honored and ecstatic if I could be a Mustang Girl Monday. I love the car community and any fellow Mustang enthusiasts and I would love to share Stella, what I call my car, with this great group of women.”