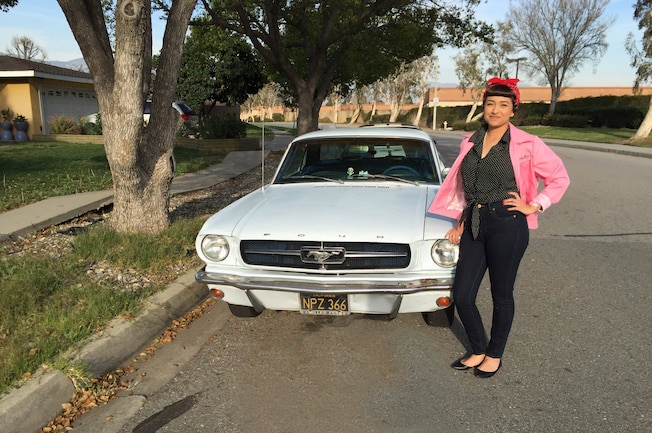 It's Mustang Girl Monday brought to you by TeamMustangGirls.com. This week we would like to introduce Judith Mendoza and her 1965 Mustang, Atticus.

Judith grew up in a Toyota family but luckily for her (and us), her father and brother were also into the classics. Judith's brother is actually the founder of the Nostalgic Monsuta Car Club. "Don't get me wrong, I love Toyota too, it's hard not to, but I like to keep it classic, that's where my foundation for my love of classic cars started." Judith remembers her father talking about different types of cars and how they were becoming more of a rarity and she found it fascinating. "I would see a classic Mustang and just stare in awe at the beautiful shiny paint and sparkling chrome and I would think, I would be very lucky to own one someday. When I think of a Mustang, I think of a red beauty going 100 on the freeway with a line of cops chasing after them. Although I am not looking for a whole police force to come after me, (and not that it could even happen with my inline 6 engine) I always thought that Mustangs gave off that badass feel and people would just stare at you and wonder who you are. Not too many people understand how you can love something so old in this generation when you have the option of having perfectly powered windows and back up sensors and top of the line air conditioning. I am perfectly happy with my 2/60 AC!"

Judith's father also happens to be her mechanic and the only person she trusts with the care of her Pony. "He's always making sure that my car is in tip top shape so that I don't get stranded anywhere and has taught me so much about my car." Three years ago he was yard sale hunting when he came across a little dusty Mustang on the street with faded and rain washed letters that read "For Sale." He told Judith about the car when he got home and she begged him to take her to see it. When he finally gave in and she saw the car, Judith instantly fell in love. It was in good running condition and just needed a little tune up. "My birthday was coming up soon so I thought maybe I could try to ask for my first car as my birthday present that year. I bugged my dad every chance I got and left little hints everywhere that I desperately wanted the car. I asked him to let me call the owner to make sure he still had it and that's when he realized that I was not going to be able to wait until my birthday. Three years ago my dad called me out of my room frantically to see something "cool" outside and when I ran outside he pointed down the street to a baby blue Mustang driving towards us and said "Isn't that the Mustang that we went to go see?" And there he was, my very first car." Judith could not believe her eyes but she does remember crying and a lot of thank yous to her dad! 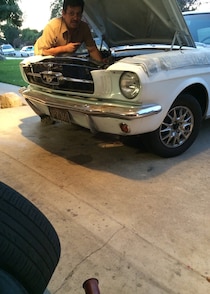 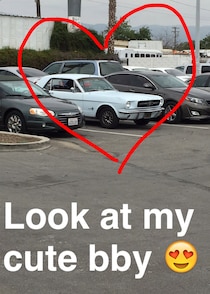 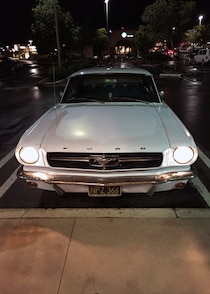 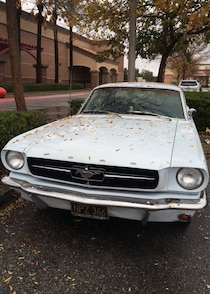 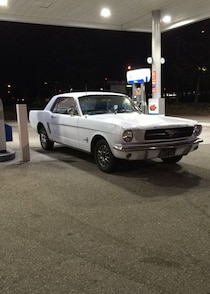