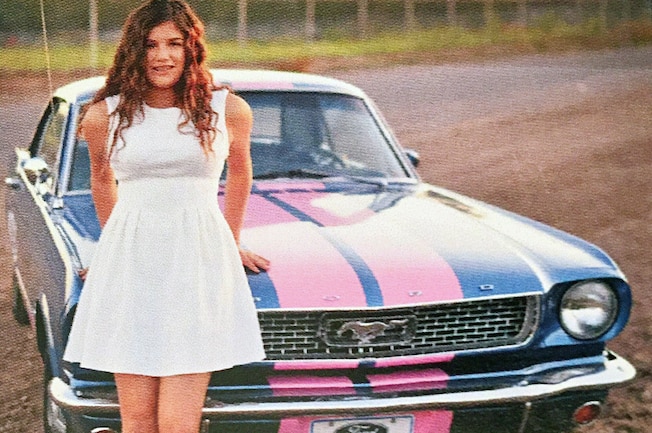 It's Mustang Girl Monday brought to you by Team Mustang Girls, and this week we would like to introduce Denise Polanco and her 1966 Mustang.

Denise was raised in a family that had an interest in classic cars. They own a variety of cars, including her sister's 1973 Corvette, her brother's 1976 International Scout, and her stepdad's 1980 Trans Am and 1987 Porsche. "My step dad has always had a knack for fixing up anything he could get his hands on but mainly cars, and that's where I got my passion and love for cars."

During Denise's junior year of high school her step dad made her a deal, she could have any car she wanted but she would have to work for it by helping him build it from the ground up, and that's exactly what they did. Denise started looking around and found her 1966 Mustang "Pinky" in an old storage shed owned by her grandfather. The Mustang was in pretty bad shape, but with hard work and dedication they made progress on everything from the interior to the exterior, and the motor and transmission. After working on it for a year and a half they got it in the shape it is in today.

Denise decided to paint her car blue to keep it close to its original color, but she also wanted to add a personal touch with the pink stripes. "To me, adding the pink stripes was a way of expressing who I am and a way to add my unique touch to my prize possession. I wanted to make a car that made people feel happy whenever they saw it and made them think of something sweet like cotton candy!" 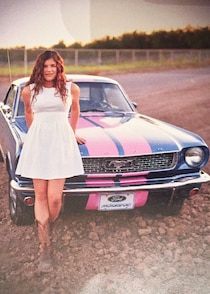