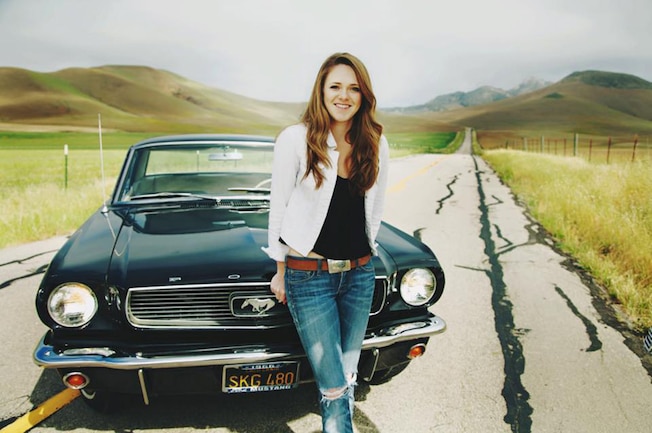 It's Mustang Girl Monday brought to you by Team Mustang Girls. This week we would like to introduce Shauna Jellison and her 1966 Mustang that goes by the name Roxy.

Shauna had been on the hunt for a 1965-1968 Mustang for a couple years before she found her perfect car. In July of 2014 she found a local high school teacher’s ad on Craigslist without images and a very brief description of a 1966 black Mustang, and within 40 minutes of the ad posting, Shauna was at his house to test drive the car. Before buying the car she took it to a friend at a local shop to put in on a lift and inspect it. Shauna said, "They told me if I didn't buy her they would. I ran to the bank pulled out 8,500 and bought her that day." When Shauna first saw the Mustang, the brake lights didn't work and it made her think of the lyrics "Roxanne, you don't have to put on the red light" by The Police. And so she earned the name Roxanne, shortened down to Roxy.

The '66 was originally a barn find that was donated to an auction and a couple of restorers bought her and did a minor restoration, then sold her to the high school teacher. Not knowing much about cars, he barely kept her running but fortunately had a professional rebuild the original engine three years before Shauna bought the car. "Lucky for me I've had to do hardly any body work on her but I have been having a lot of fun working on her internals. Still holding onto all of her original parts, I have been slowly creating a stronger and more reliable '66 as a daily driver. I want to have fun but still get from point A to point B." 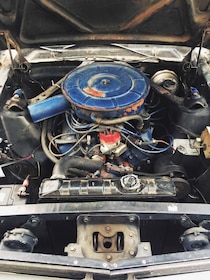 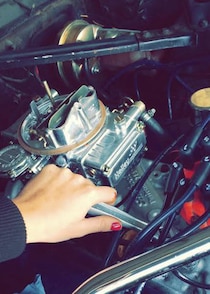 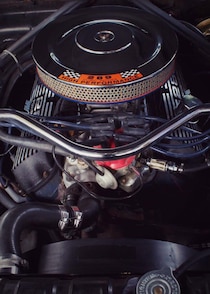 Shauna is currently a senior at Cal Poly studying Art and as an assistant for a local artist while also working as a mechanic and custom fabricator for Porches. She was raised by a loving mother and father who shared his passion for speed, saying "He has a Shelby Cobra G.T. 500 so my little '66 gets left in the dust when he comes up for visits on our father/daughter drives. As much as he is proud of my decision and dedication to my Mustang he has let this become a personal project for me, financially and mechanically. Last summer I was able to drive Roxy all the way from San Luis Obispo, CA to San Diego, CA without an issue, a proud moment for me and all the work I've done."