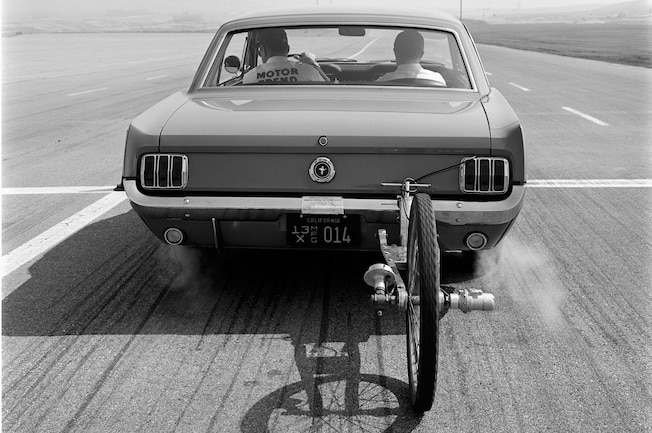 “There’s no doubt in our minds that this latest personal sporty car from Ford will sell like proverbial hotcakes.”

So began Motor Trend Technical Editor Jim Wright in the magazines very first story on the new Mustang in the May 1964 issue, and boy was he right. While he applauded the car’s affordable, under-$3,000 base price and was generally pleased with its handling and the performance of the 260ci V-8 version and especially the 289 (though not so much the 6-cylinder), the editors pined for a Mustang that lived up to the promise of the Special Falcon II, more commonly known as the 1963 Mustang II convertible, shown earlier.

These photos, dug from our archives and shot by either Jim Wright or Jerry Titus (both were given photo credit), are from both that initial story in the May issue and also from the August ’64 issue when the magazine got a chance to put their fifth wheel test rig on the car (which was the very first Mustang on the West Coast according to the story) and test it at Riverside International Raceway. With the 271hp 289 and 4-speed, the Poppy Red Mustang clocked a 0-60 time of 7.5 seconds and hit 117mph on Riverside’s long back straight. They nitpicked some things about the car that they’d like to see different, but concluded saying, “Few test cars have given us more sheer pleasure per mile than our bright Poppy Red Mustang... And for the selling price of $3,361.45, in Los Angeles, it gives a high performance-per-dollar value. Just listening to that engine is enough to send an enthusiast into a glassy-eyed trance.” We tend to agree.

Check out the photos, and also the original Motor Trend stories that they were shot for. 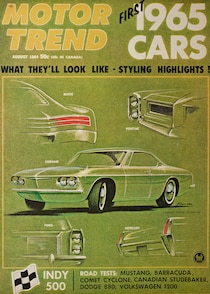 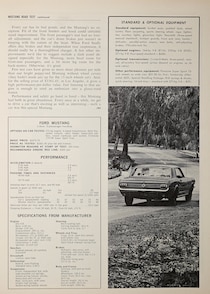 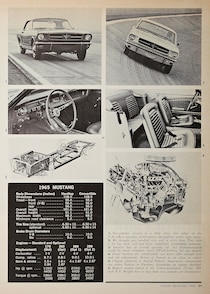 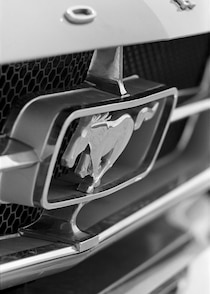 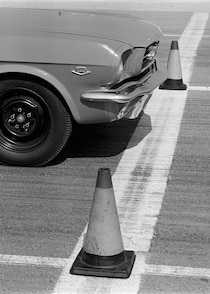