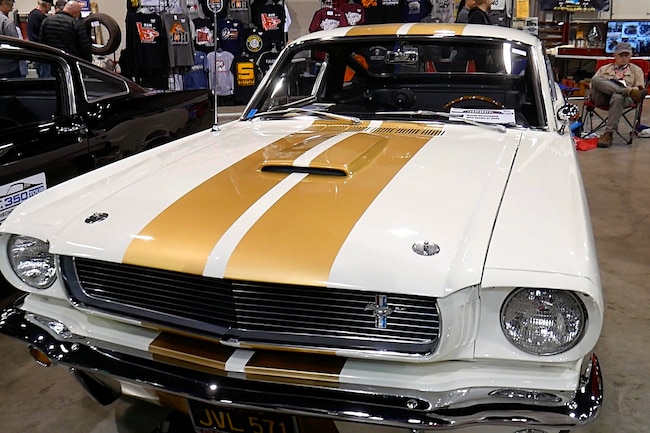 Who says Green Bay, Wisconsin only has football? Well, they better think again since this 1966 Shelby G.T. 350H was purchased at a car show at Lambeau Field. At the home of the legendary Green Bay Packers, Keith Champine purchased the car when he was in his teens in 1976 and he couldn’t believe what he had found. This Shelby G.T. 350H was a Hertz rental and came with a classic 289 power plant, but this one was cranking out 306 horses after a reworking from the guys at Shelby American. Feeding the 289 was a 715 CFM road racing carburetor made by Holley and this combination had been proven on the race track. The gold stripes running down the length of the body were a dead giveaway of this car’s history as a participant in the Hertz rent-a-racer program. One thousand Shelby G.T. 350-H’s were available for rent at just seventeen dollars a day and seventeen cents per mile. At age 25, as a member of the Hertz Sports Car club, young drivers could rent these awesome machines since most young car enthusiasts still could not afford to purchase such a powerful ride. Unfortunately, the program ended up grinding to a halt because of extensive repairs that had to be made after renters took these cars to the race track and did not go easy on them. So, it’s safe to say that Keith Champine is not going to let just anyone get behind the wheel of his cherished former Hertz rental G.T. 350H. So don’t think that football tickets are the only buy at a famous NFL stadium. If you have a fierce Ford that you’d like to submit for our weekly feature, email Kendra at cruisinwithkendra@gmail.com.