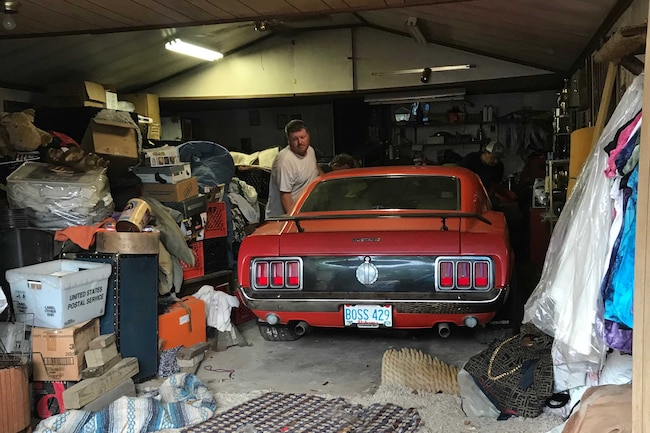 You hear the words "barn find" tossed around a lot these days, but rarely do we find preserved vintage muscle cars in actual operating farms. Moreover, rarely are they "found," since the folks who own them are (usually) still around, and they haven't forgotten about them, nor are they ignorant of their relative value. The implication here is that a unique sub-group of aging baby boomers walks quietly among us, harboring deep secrets about rare cars that haven't seen the light of day in decades. They're still car guys, but perhaps aren't actively in the game anymore because of family, business, or medical issues.

The 1970 Boss 429 Mustang "barn find" seen here was "discovered" in Mobile, AL by Charlie Lyons, a muscle car dealer and restoration shop owner from Irvington, AL. These days, Charlie says you don't just find cars like a Boss 429 Mustang, you have to network. "Everybody around here knows I collect cars and dig them out of barns," says Lyons. Apparently, the gentleman who owned the car told somebody at the local dentist office that he had it. "That person called me. I get those calls fairly frequently, but they rarely turn out to be anything. "
But boy did it turn out to be something this time.

Of the 1,358 Boss 429 Mustangs built in 1969 and 1970, just 499 were bolted together at Ford's Rouge plant, then shipped to Kar Kraft in Brighton, MI for final conversion. Of those, only 13 of them had Calypso Coral paint with a white interior. At the heart of the Boss 429 was its 385-series big-block V8 with aluminum hemispherical chamber cylinder heads, aluminum intake manifold, and thirsty four-barrel carb. Underrated at 375 hp (real output is most likely over 500 hp), the Boss 429 was built by Ford ostensibly to homologate the use of the Hemi Shotgun motor for NASCAR competition. Rather than drop the engine into Ford's intermediate Torino, Ford opted to put it in the lighter Mustang, thus cementing the car's unique place in history.

Rare as hen's teeth today, the Boss 429 Mustang is one of the most sought-after collector cars in the muscle car world, and indeed in all of classic car collecting. You can see then why Charlie was a little skeptical when he got the call from an acquaintance. "My wife and I were taking her car to get a tire repaired, and the phone rang with a gentleman who wanted to know if I was interested in buying this Mustang. I said 'what kind of Mustang is it?' and he said, 'Well, it's one of those with the Hemi motor in it. '"

The seller was in Mobile, AL (who will remain nameless), and had bought it from the original owner in 1976. During his ownership, he performed some light modification so he would have more performance and be able to take it to car shows. As a result, when Charlie saw it for the first time, it still had its original powertrain and 3.91-geared 9-inch rearend, but had been resprayed with a pearl clearcoat over the stock color, and been given some light mods like gauges, wheels, tires, traction bars, and a nitrous kit.

When Charlie showed up at the owner's house the first time, he wondered if it was the right address. "It didn't look like the kind of place that would have a Boss Mustang," says Charlie. When the owner didn't answer the door, Charlie began to worry he was at the wrong place. A cellphone call from the front door revealed he was indeed in the right place, and that the owner was behind the house in the shed with the car.

Charlie was excited and began to make his way back, spending the next five minutes picking his way through a dense pile of debris to access the shed containing the Boss '9. It had not seen the light of day since 1988 and was stored the whole time in the same protective shed with two car covers over it. In fact, the most recent occasion for it to be out on the road was for a small photo shoot for Super Ford magazine that was published in the November 1989 issue. With the dust knocked off the Boss '9, it looks identical to the way it appeared in that story, with its Centerline wheels and T/A radials.

We'll let you pour over the photos now. There's a lot of detail we're leaving out of our preliminary story (we'll have a more detailed update later this month), but expert Ford sleuths will want to scrutinize some of the interesting things Charlie found, like the gasket set, the mystery box of Holman-Moody parts, the curious Jon Kaase decal in the engine compartment, the close-ups of the suspension, rearend, block casting number, and other rare pieces! 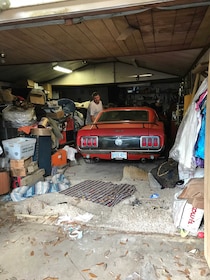 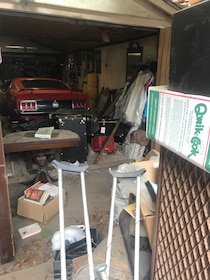 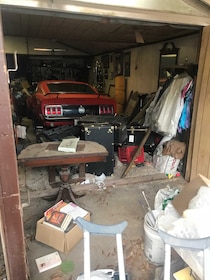 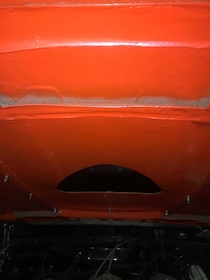 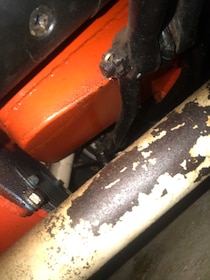 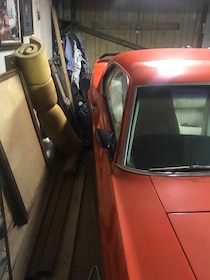 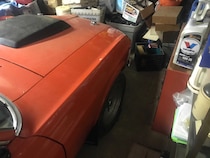 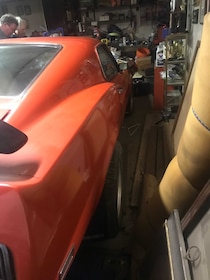 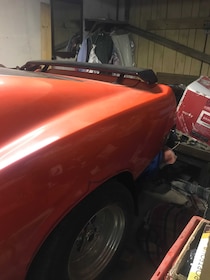 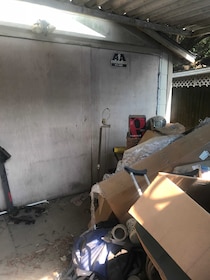 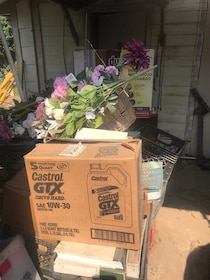 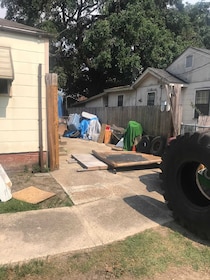 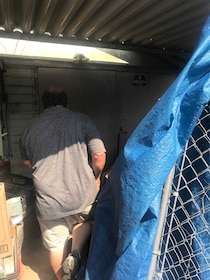