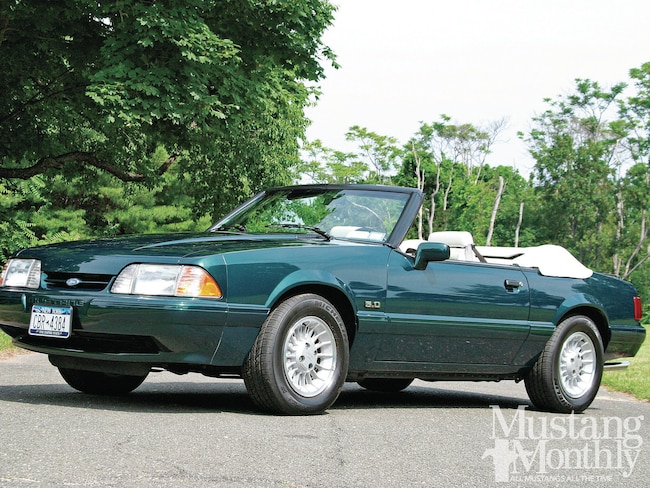 Once upon a time, the 7-Up Bottling Company had a marketing idea--to give away 30 Mustang 5.0L LX convertibles, all painted Deep Emerald Green, in a "nothing but net" type contest at the 1990 National Collegiate Athletic Association (NCAA) basketball finals. If you qualified for the contest and could sink the ball from center court, you'd get to drive one of these Mustang convertibles home. However, at the 11th hour, the contest was canceled, leaving Ford with an unrealized concept.

At the same time, Mustang enthusiasts were bugging Ford for a 25th Anniversary model. As the end of 1989 loomed, Ford was feeling the pressure to celebrate the 25th, yet had nothing in the pipeline. A decision to stick "25th Anniversary" emblems on Mustang dashboards that year didn't impress anyone. About the time 7-Up canceled its college basketball giveaway, the Emerald Green paint was drying on two of the new convertibles at the Dearborn assembly plant. It was December of 1989.

Ford decided to take this adversity and turn it into prosperity. As it had done 20 years earlier with the failed American Raceways International pace car turned Twister Special Mach 1s and Torinos, Ford took the chloroformed 7-Up marketing effort and spun it into a sales stimulator of its own as the '90 Limited Edition Mustang convertible. Though Ford never really called this car a 25th Anniversary model, for better or worse, that's what it was. And that's the way enthusiasts treat this car today.

In the summer of 1990, Dennis Healy was attending the Mustang and Shelby Club of Long Island's annual show when he spotted a '90 Limited Edition Mustang convertible parked next to his '80 Mustang Ghia. Because his mother worked at Monahan Ford in Queens, he asked her to see if any of these limited edition convertibles were still in stock. As luck would have it, they had two. By the time Dennis got there, one had been sold, leaving only the demo with a few miles on it.

"I took the Ford rebate of $1,000 and arranged financing through my job," Dennis says. He put down a deposit and took the convertible home, parking it alongside his Ghia and '66 convertible.

For over two decades, Dennis has preserved his piece of Mustang lore. Most of the 35,000 miles come from the car's first seven years, mainly on drives from Long Island to the Pocono Mountains. "Crazy as it may sound," Dennis laughs, "most of these road trips began with me driving into Manhattan to 34th Street and 10th Avenue for work, then out of the city during the afternoon rush hour for a two-hour drive to the Pennsylvania mountains." Although it's a New York City car, the convertible has never seen snow and has always been garaged.

When Dennis bought the Mustang, he wasn't aware of its significance as a 7-Up promotional car. While registering with the '90 Limited Edition Mustang Registry, he learned about the original intentions. Only then was he able to fully appreciate his convertible's place as a promotional car turned anniversary ride--and damage control for Ford.

When Dennis brings this car to shows, it draws attention from classic and late-model enthusiasts alike who stand in awe of its like-new condition. Show judges must be affected the same way because Dennis took home an MCA Gold for Unrestored last June in the car's first show competition. Not bad for an extraordinary keeper that Dennis will keep under wraps for a long time to come. 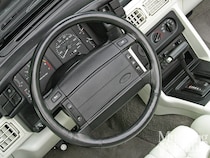 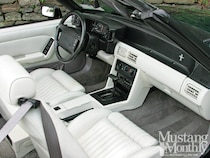 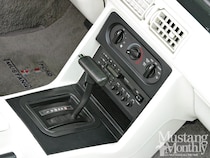 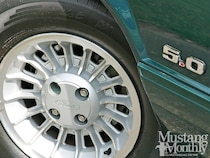 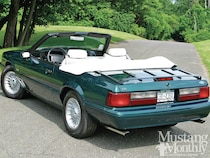 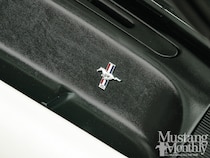