The fruits of a family restoration 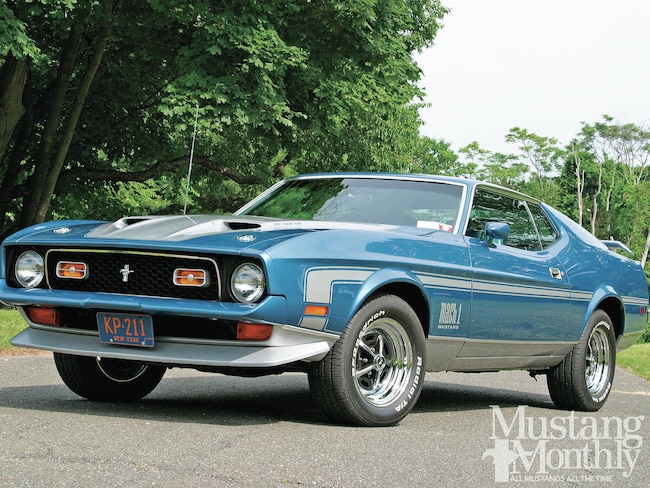 One Saturday in 1981 while visiting a garage sale with her mother and sister, Jennifer Chernow spied a '71 Mach 1 for sale in the driveway, its ram-air hood covered with a tablecloth so the wide, flat space could be used to display housewares. The asking price for the 52,000-mile SportsRoof with 351C-4V engine, four-speed, and 3.50:1 Traction-Lok was $600. There was rust in the usual locations; after all, this was New York. Jennifer also noticed a puddle of oil underneath and realized that the problem was a stripped oil drain plug, a fact that was used to her advantage in negotiations. She bought the Mustang for $450, putting down a $20 deposit on the spot.

Last summer when I chatted with Jennifer about her restored '71 Mach 1 at the Mustang Club of America's national show on Long Island, I quickly realized that she possessed good, old-fashioned passion and enthusiasm. Jennifer told us, "My father grew up during the Great Depression, so he had to learn how to fix things himself."

Likewise, Jennifer has "DYI" in her blood. Her father taught her how to do things herself because he wanted her to be resourceful and independent. She wasn't allowed to buy her first car, a '69 Mustang hardtop, unless she learned how to fix it herself.

After purchasing the Mach 1, Jennifer drove the SportsRoof daily for four years, loading concrete blocks into the trunk for added traction on snow and ice during the winters. When she realized the car was a keeper, she performed a cosmetic restoration, including a fresh paint job, then kept the car in a rented garage. For the next 23 years, it was driven only on nice days.

By 2004, Jennifer knew she needed to commit to a full-scale restoration or sell the Mach 1. The timing couldn't have been better. Her husband, Larry, a career firefighter who was one of the first responders at the World Trade Center, had just retired from the New York City Fire Department. He had restored his '71 Olds 442 and knew what it would take to perform a concours restoration.

After Larry and son Steven spotted a black Chevelle that had been restored at Dunrite Auto Body in Deer Park, New York, they decided to hand the body work and paint over to Dunrite's Tony Barraco. But before they could deliver the Mach 1 to Tony, it had to be completely disassembled. It became a family project where everyone had a specific job. The Mach was then hauled to Tony where it was media blasted to bare steel before receiving a lot of sheetmetal replacement and repair. Because Jennifer and Larry were committed to using new-old-stock or good used sheetmetal, it took time getting the body ready for the fresh Bright Blue Metallic with argent Mach 1 graphics and hockey stick stripes.

With the body freshly painted, Jennifer, Larry, and Steven went to work assembling the Mach 1. The project was plagued with roadblocks due to hard-to-find N.O.S. or good used parts. Restoration details also baffled them because there were very few restored '71 Mustangs in the New York area for reference. 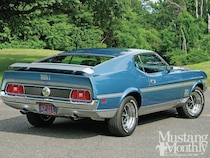 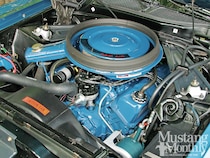 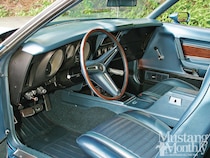 "The restoration took us three years to complete," Jennifer adds. "We brought all the parts to the shop and helped with the process of assembly." Because the Chernows had taken the car apart, they were permitted to work on it themselves, including reinstalling the engine and driveline.

By September of 2007, it was time to haul the car home for completion in their home garage. By November, the Mach 1 was running and ready to drive. Once the car had a good shakedown, snow was on the ground and the Mach 1 moved into a warm garage where the Chernows sweated the details to get the car ready for spring shows. The work paid offùthe Mach 1 took a Best of Show its first time out.

With 30 years of daily driving, weekend fun, family project, and now a show winner, we'd say that Jennifer found a real bargain at that yard sale in 1981.