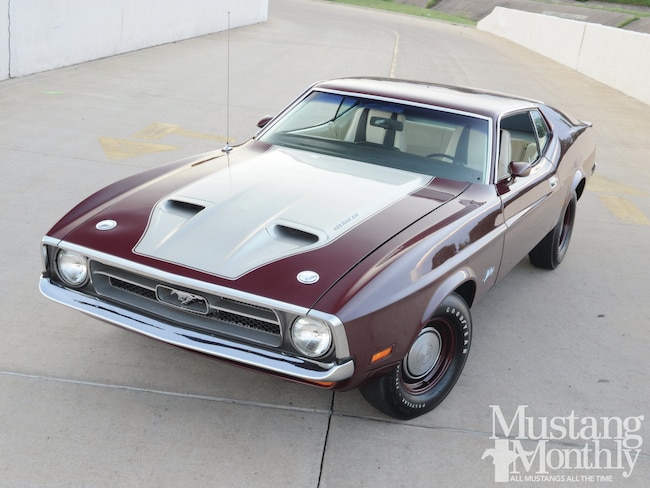 Shortly after adding this SportsRoof to his collection of '71 Mustangs in 2007, Kirt Fryer sifted through the car's considerable paperwork and discovered a variety of receipts from east Texas. With names and locations to use as leads, Kirt began making phone calls, eventually tracking down one of the previous owners in Palestine, Texas. Just as Kirt assumed, the plain-Jane fastback with a J-code 429 Super Cobra Jet engine came with a racing past. 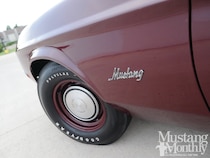 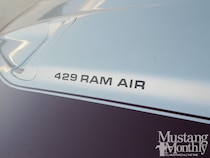 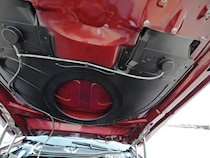 "The guy told me that his best friend's dad bought the car new," Kirt says. "He confirmed the low mileage but also admitted that it came a quarter-mile at a time. He said he couldn't remember anyone beating it, and that included races against 427 Corvettes, LS6 Chevelles, and Hemi Mopars."

For Kirt, the confirmation of a racing past only added interest to an already interesting acquisition, which joined Kirt's impressive collection of '71 Boss 351s, 429 Mach 1s, and a CJ coupe (see '71 Heaven sidebar). First of all, it's a plain SportsRoof, not a Mach 1, one of only 50 non-Mach SCJs produced for '71, according to the 429 Megasite (429mustangcougarinfo.50megs.com). Other than power steering, tinted windows, power front disc brakes, and Sport mirrors, the options reflect the car's dragstrip intentions--370hp 429 SCJ; close-ratio four-speed; tachometer; and Drag Pack option with 4.11 gears, Detroit Locker differential, and functional Ram-Air hood. Even the steel wheels are standard issue 14-inchers with corporate hubcaps. With the trim rings removed, the Mustang looks ready for the quarter-mile. 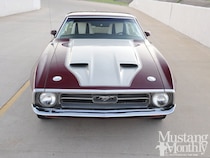 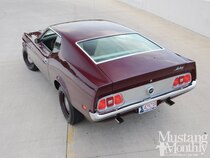 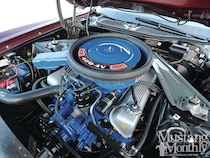 Perhaps the car was too race-specific for buyers in 1971. According to the Marti Report, this 429 SCJ SportsRoof was sold at John Glatt Ford-Mercury in Athens, Texas, on January 31, 1972, some 16 months after it was built on September 21, 1970.

When equipped with 3.91 or 4.11 Drag Pack gears, the base 429 Cobra Jet engine was upgraded to a Super Cobra Jet, although it wasn't promoted as an SCJ by Ford. Although rated at the same 370 hp as the regular C-code or J-code (CJ-R with Ram-Air) 429 CJs, the SCJ version was beefed up with a solid-lifter camshaft, screw-in rocker arm studs, 780-cfm Holley four-barrel carburetor, cap screw connecting rods, and modified crankshaft, flywheel (for four-speeds), and vibration dampener. The CJ-R option also added the Ram-Air hood with functional NASA-type scoops.

Despite the low miles, Kirt's SCJ SportsRoof shows plenty of evidence of previous modifications along with a later refurbishment. The 429 SCJ engine is not the one that came from the factory; according to the previous owner, the first owner replaced the original 429 SCJ early on. Kirt has found evidence of large-tube headers, and the original standard seats have been replaced with Mach 1 versions. At some point, the car was repainted in its original Maroon Metallic, a color that Kirt is particularly fond of because his first car, a '66 Mustang coupe acquired in 1972, was maroon. Kirt also noticed that the Mustang script emblem was installed crooked on the driver-side front fender; the previous owner confirmed that it came that way from the factory.

The rare, low-mileage SCJ SportsRoof is a perfect fit in Kirt's collection of performance '71s. He notes, "When I talked with the previous owner, he said that he and some friends had been discussing cars that they had sold but wish they still owned. For him, this was the car he wishes he had never sold." 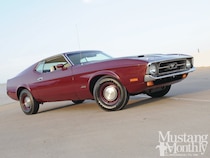 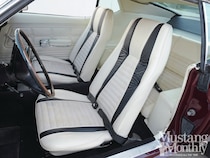 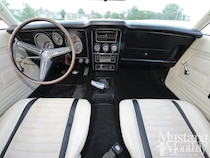 Obviously, Kirt Fryer has a thing for '71 Mustangs, especially the high-performance models. As you can see from the '71s that line the back wall of his shop in Tulsa, Oklahoma, Kirt's colorful collection includes Mach 1s and Boss 351s, along with some interesting plain-Janes, like our feature car as well as a light blue 429 coupe survivor. At last count, Kirt owns 15 of high-performance '71 Mustangs, one of the largest collections of its kind.

Interestingly, Kirt's collection includes the first and last 429 Mustangs. As confirmed by the Marti Reports, Kirt's Bright Blue Metallic SCJ Mach 1 was the first Mustang produced with the 429 big-block. Ironically, the last 429 Mustang is also the same color. It also holds the distinction of being the last big-block Mustang ever produced by Ford. Kirt plans to restore his last big-block Mustang within the next couple of years. 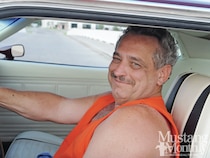