Mona and Terry Burgess share a passion for the generation that saved the Mustang. 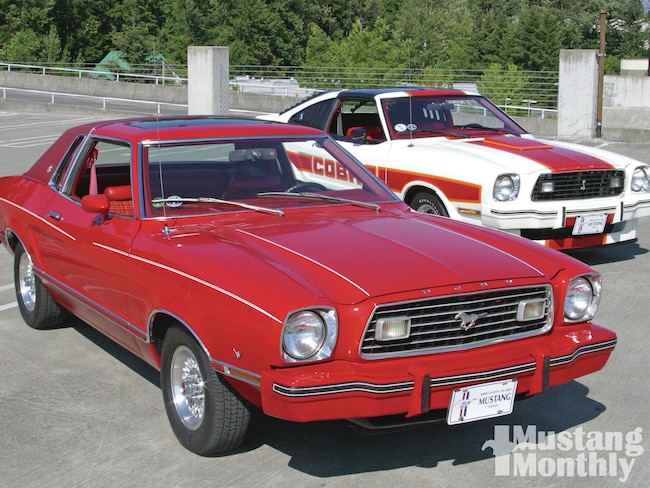 Hooves down, the most controversial Mustang of all is the '74-'78 Mustang II. There is no middle ground when it comes to this sporty downsized Mustang of the 1970s. Enthusiasts either love it or hate it. Despite the controversy, the Mustang II was the most advanced Mustang of its time with button and tuck upholstery, plush pile carpeting, full instrumentation, woodgrain or brushed aluminum interior trim, digital clock, comfortable bucket seats, rack-and-pinion steering, front disc brakes, and an isolated front subframe. Although we will get arguments on this one, the Mustang II was a better Mustang than its predecessors in terms of engineering advancements, quality, and workmanship. It set the stage for better Mustangs to come.

When the '74 Mustang II rolled into Ford showrooms in the fall of 1973, it disappointed traditional Mustang buffs who regarded it as little more than a rebodied Pinto. Worse yet, there was no V-8. However, the '74 Mustang II was a hot seller with more than 385,000 sold.

British Columbia's Mona and Terry Burgess like the Mustang II for its unique character. Mona's Bright Red '77 Ghia coupe, with its lacy-spoke wheels, has been in her family since new. Terry also became hooked and ended up buying a '78 Cobra II.

Mona's father always wanted a Mustang. When he retired, his dream car was this Ghia coupe. He liked the sporty, luxurious nature of the Ghia model, along with its 302-2V V-8 engine and C4 Select-Shift transmission. Through the years, the Ghia became a member of the family. When Mona's father became ill, she drove him to his doctor's appointments in the car. Before he passed, he signed the Ghia over to Mona.

Mona became very comfortable with the car in the following years, driving it daily until 2004. When she noticed the 302 getting tired and the car beginning to age, she looked to Terry for help. For Mona, it was important for the car to remain as it was when her father owned it.

Terry and friend Tony Hall tackled this car the way you would any restoration where authenticity is paramount. Original parts were meticulously removed and carefully restored. If you think a traditional classic Mustang is challenging to restore, consider the Mustang II where few reproduction or new-old-stock parts are available. Also consider the absence of good, used parts because so many of these cars were crushed and disposed of without forethought.

Mona's Ghia is equipped with the Red Cloth and Vinyl interior with woodgrain appointments sporting a digital clock along with full instrumentation and an AM eight-track stereo sound system. Yes, this car rolled off Dearborn's Mustang line just before the cassette tape became the standard in automobiles.

When Terry bought his Cobra II, he liked the idea of his and her Mustang IIs for shows. "I found this '78 Cobra II through word of mouth," Terry tells us. "I first saw it at a car show while there with Mona's Ghia."

With red graphics over white paint, the Cobra II was showroom new with 26,000 original miles. But it was not for sale. Terry had to pinch his arm later on when it showed up for sale online. He was there with cash in hand.

The Cobra II was more to Terry's liking with its four-speed transmission, stiffer suspension, brushed aluminum, T-roof, hoodscoop, sport slats, and sportier feel. For Terry, the Cobra II was a man's car with V-8 power and a short-throw stick between the buckets. Navigating the Borg-Warner's SROD cogs gave Terry a greater sense of control and confidence.

Likely the best part about Mustang II ownership for Terry has been sharing something special with Mona. When we were capturing their Mustang IIs for Mustang Monthly readers, they spent time horsing around with each another like a couple of lifelong friends. And when it was time to wrap up, each saddled up with great anticipation of the drive home to scenic British Columbia. For Terry and Mona, it doesn't get any better than this. 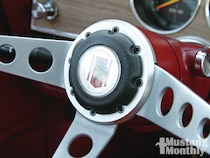 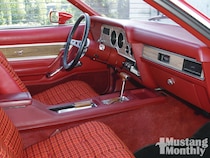 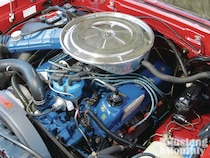 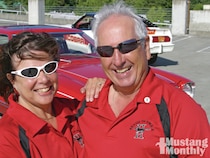 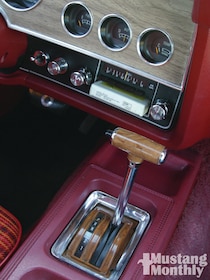 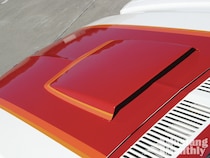 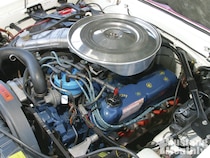 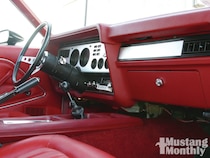 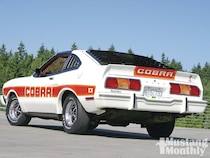