With 9,574 Pampered Miles, Monty Seawright's King Cobra May Be The Best-Preserved Of The Breed 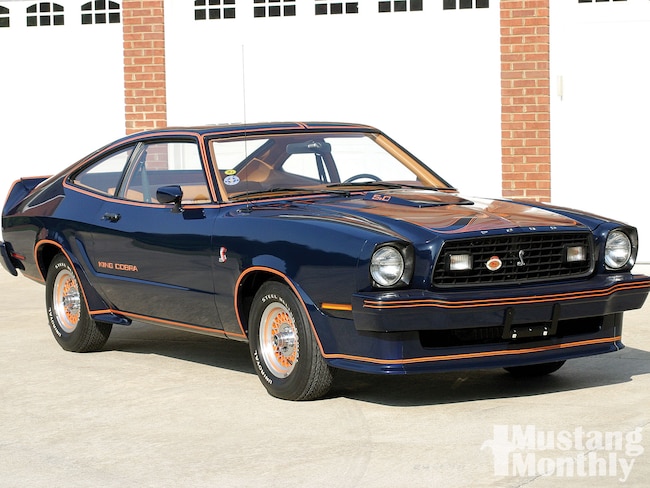 As soon as Monty Seawright graduated from college and landed his first job, he started buying Mustangs, mainly 1960s muscle cars and well-preserved Fox-bodies. Today, his collection includes cars like a '69 Boss 302, '79 Pace Car, and '85 Twister II. Last year, he bought one of Ford Racing's new Cobra Jet drag cars, storing it in his backyard building near Columbia, South Carolina, with his other Mustangs and memorabilia.

But like most of us, Monty reserves a fond place in his memory for his first car. "It was a wrecked Mustang II," Monty says. "My dad bought it from an insurance sale. We repaired it so I could drive it."

But with his collection incorporating mostly unique and special Mustangs, Monty didn't want a base Mustang II like his first car. Instead, he was looking for something special, like a King Cobra. He found it in an advertisement for a Kruse Auction sale in Auburn, Indiana: a Midnight Blue '78 King Cobra with less than 10,000 miles.

"It was a no-reserve auction," Monty relates, "so I figured I could get it for a reasonable price. My wife and I flew up on Sunday because the car was scheduled to cross the block on Labor Day Monday. Unfortunately, another guy was bidding on it so I paid more than I thought it was worth."

The King Cobra was auctioned by its original owner, who told Monty afterwards that the car was always garaged and driven only on weekends as a pleasure vehicle. He handed Monty the original paperwork, including the window sticker, which showed that the King Cobra sold for $5,191 from Timmerman Sales Company in Lima, Ohio.

For collectors and Mustang II enthusiasts, the King Cobra is the most coveted of all '74-'78 Mustang IIs. Built as the top-of-the-line model for '78 only, it was definitely the king of Mustang stripe kits with its huge Cobra hood decal and abundant pin striping. Additional dress-up included a front air dam, rear fender flares, Cobra II rear spoiler and reverse-facing hoodscoop, black-out grille, and 13-inch "lacy spoke" aluminum wheels with white-letter tires. The handling suspension (heavy-duty springs, adjustable shocks, and rear stabilizer bar), four-speed, power steering, and power brakes were standard. And even though it was the first Mustang to use the 5.0 engine designation (on the hoodscoop), the 139hp 302 with two-barrel carburetion was nothing like the High Output 5.0s that would come a few years later. The King Cobra option added just over $1,250 to the Mustang II's window sticker but only 4,960 were sold during the Mustang II's last year of production.

Since adding the 9,574-mile King Cobra to his collection, Monty has cleaned up the engine and undercarriage for Mustang Club of America and AACA shows. "The car is all-original," Monty says. "It just needed a little cleaning up." 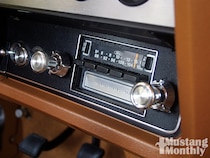 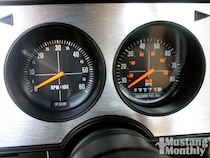 Even Lower Miles
After purchasing his 9,574-mile King Cobra, Monty stumbled across another '78 King Cobra on eBay. It had only 700 miles. Although not nearly as well-preserved as his blue car, Monty bid on the T-top King Cobra and won. "It was a bargain compared to the blue car," Monty explains, "but it's not in as good of shape."