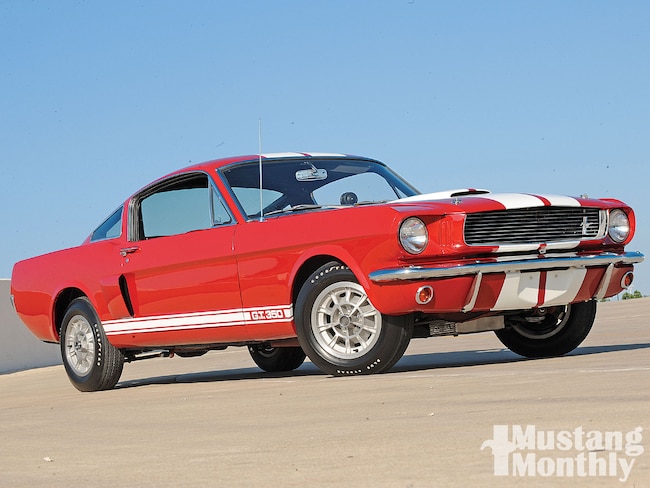 During last year's Mid America Performance Ford and Team Shelby Nationals in Tulsa, event organizer Jim Wicks rolled up to my photo location in John Atzbach's Candy Apple Red '66 Shelby GT350. Only this wasn't just any '66 Shelby. Under the hood was a Paxton supercharger. Only it wasn't just any Paxton supercharger. What made this car special was the fact that Shelby American had installed the blower at their Los Angeles airport facility in 1966. It's one of 11 '66 GT350s that was factory-equipped with the Paxton supercharger, and one of only three built in red.

Maybe the low production figure is what has kept this novel GT350 from super star status. If people like John Atzbach are an indication, these Shelby's could get more respect as the years pass. The Seattle-based entrepreneur knows a thing or two about collectibles. He specializes in Imperial Russian antiques and art. His collection includes enamels and Faberge, as well as porcelain from factories such as the Imperial Porcelain Factory, Gardner, Popov, and Batenin.

For Atzbach, the '66 supercharged GT350 was a major acquisition. This rare Shelby, 6S2265, popped up in a Mecum auction brochure. John "spent some time on the phone" trying to get full background information because he has been fascinated with the original '66 Paxton Shelbys since he was a kid. Although John says he's not a big fan of red cars, he particularly wanted a red supercharged '66 Shelby with white LeMans stripes. The odds were stacked against him in a universe of just three cars and millions of enthusiasts who would love to have a red, factory-supercharged GT350 in their garage.

The Paxton supercharged '66 GT350s are a curiosity. Paxton Products, makers of the Avanti R-2 supercharger kit in the early 1960s, saw a much bigger market for their supercharger when the Mustang debuted in the spring of 1964. Naturally, they paid a sales call on Shelby American in Los Angeles. Carroll Shelby knew about the power-adding capabilities of the blower and lent them a '65 GT350, 5S425. Paxton's Joe Granatelli returned to the LAX facility with the supercharged GT350 for Carroll's approval. And what better way to test the car's mettle than to go up against a normally aspirated 289 in a 2,200-pound Shelby Cobra roadster? According to legend, the supercharged GT350 outran the 289 Cobra and Joe got an order for 500 Paxton superchargers.

In the summer of 1966, Shelby American built an Ivy Green prototype, 6S051, for a possible GT350S model. They also promoted the supercharger, claiming a 46 percent increase in horsepower over the standard 289 Hi-Po, or a boost from 271 to 395 horses. As hot as the package was, Shelby American eventually decided not to offer the "S" model. However, they would install a Paxton on a new GT350 if a customer paid for the parts and labor. It just wouldn't be a special "S" model. Essentially, the supercharger became a high performance accessory for the '66 GT350. The production figure of 11 units includes the one "S" prototype.

For $670, the Paxton supercharger option included a pair of gauges for manifold pressure and vacuum, both mounted in a chrome bezel under the center of the instrument panel. The kit used the Autolite 4100 with a mechanical choke. Apparently, the 460-cfm four-barrel was adequate. For fresh air, Shelby American cut an inlet hole into the radiator support on the driver's side.

Shelby American also sold the Paxton supercharger over-the-counter. Anyone could install these blowers on a 289-whether the car was a Shelby or a standard V-8 Mustang. The original order for 500 superchargers is probably much higher than Shelby American ended up buying. The Shelby American Automobile Club estimates between 50 and 100. Also, Shelby continued to outfit '67 GT350s with the Paxton.

The SAAC World Registry reveals that Atzbach's 6S265 was originally "used as a company car for Jack Randall" at Shelby American, starting in November of 1966. On March 13, 1967, Shelby shipped the car to Hayward Motors in Hayward, California. From there, the car went to Shelby's own Hi-Performance Motors where it was sold to none other than Jack Randall. Apparently, he liked his demo, which is easy to understand considering the blown 289 had enough horsepower to pound a lighter but normally aspirated 289 Cobra,

John shipped the Shelby directly from the Mecum auction to Oklahoma for the Mid America Performance Ford and Team Shelby Nationals in June 2009, where the car was on display in the hotel lobby of the Southern Hills Marriott. He credits John Brown, a national SAAC head judge, for upgrading the already-restored supercharged Shelby to concours condition.

Atzbach said, "I was extremely pleased to see that one come up for sale. It took a long time to find one." 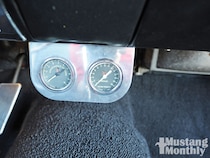 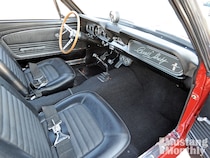