Carla Coleman's Father Bought This '65 Fastback Brand-New. She And Husband Jerry Have Rebuilt It Into A Modern Cruiser 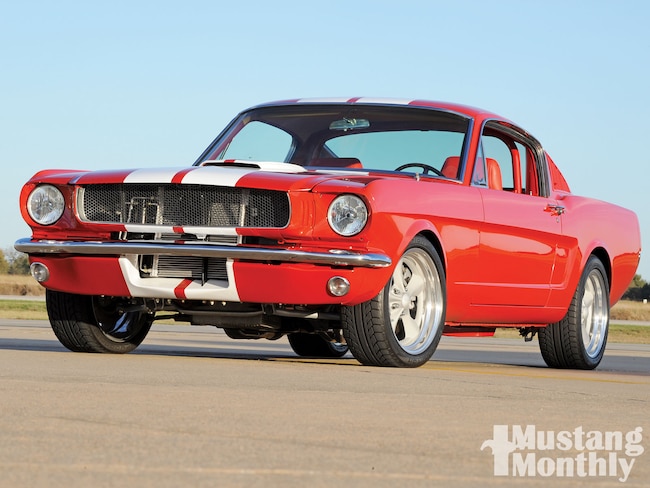 In November 1964, Charles Modesitt placed an order for a Rangoon Red '65 Mustang fastback. While most buyers chose the new fastback body style for its sporty looks, Charles and his wife Shirley had a more practical reason-they liked the fold-down rear seat because it provided a convenient place for their 3-year-old daughter, Carla, to sleep while traveling. Other than the C-code 289, the car had no other options, not even a radio.

You can't say that the fastback isn't well-equipped today. After Carla and her husband Jerry took possession of the car in 2004, they embarked on a full-scale restoration with the goal of upgrading the Mustang with modern equipment. Today, the once plain-Jane fastback is equipped with all the latest amenities, including a stroker small-block, five-speed transmission, power windows and door locks, tilt steering, and even a navigation system.

Carla remembers growing up with the Mustang. For 25 years, her father drove the fastback to his job at General Dynamics in Fort Worth, Texas. When the odometer rolled over to 125,000 miles, Charles bought one of the first Tauruses as his everyday driver and parked the Mustang in his car port. Carla remembers people knocking on the door in hopes of purchasing the fastback, but Charles' answer was always, "It's not for sale."

As a teenager, Carla learned to drive in the three-speed Mustang. "Once I mastered stopping, starting, and the 'clutch-on-a-hill trick,' Dad let me drive it alone," Carla says. "It wasn't long before I had my first fender bender, hitting a car in front of me. When I got home, Dad asked, 'Is the Mustang okay?' He could have asked about me first!"

In 2004, Charles decided to give the car to his daughter and son-in-law. Jerry remembers, "It had the original but faded Rangoon Red paint, and the engine was clicking and smoking when he drove it into our driveway."

Jerry took the car apart but was still undecided about whether to restore to original or rebuild as a restomod. He already knew that the original 289 had been replaced in the 1970s. Then, while checking out the restomod parts in a Mustangs Plus catalog, he and Carla decided to build the car to its original appearance but add modern equipment. Jerry began ordering parts from Mustangs Plus and Dallas Mustang, then delivered the disassembled fastback to Ronnie and Mary Killion at Lazy K Garage in Dallas.

As you can see from the specs, the finished product is something that Charles could not have imagined in 1964. From a plain fastback with no options, the car is now the ultimate in modern upgrades. Other than the white LeMans stripes and bumper-usable Shelby R-model front valance, the body maintains its classic fastback shape. Inside, however, is nearly every resto-modification available for a vintage Mustang, from a 401hp stroker with five-speed to all the creature comforts. 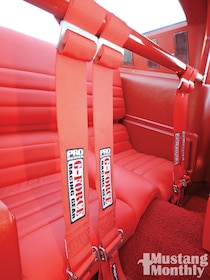 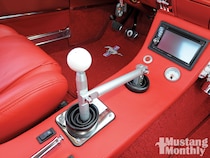 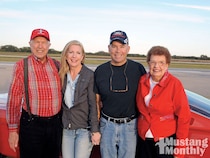 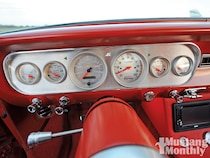