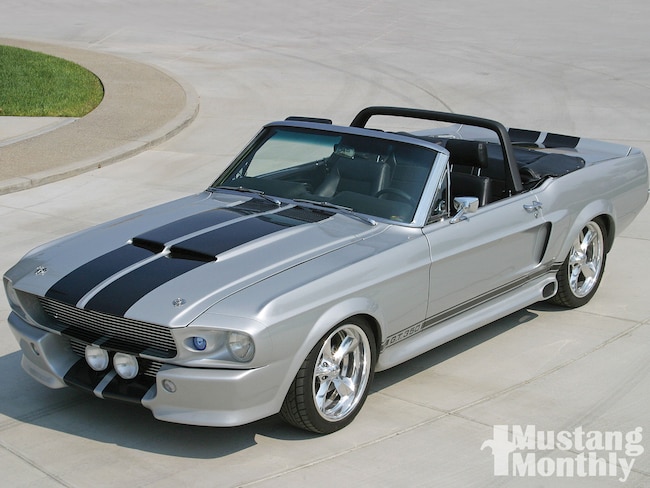 When Ron and Ryan Peters at Stang-A-Holics began discussing an Eleanor-type convertible build with Christian Fauria, they had no idea they were dealing with a former professional football player. It wasn't until Ryan asked what he did for a living that Christian responded, "I play football." Turns out, Ryan was speaking with a man who holds tight end receiving records for the Seattle Seahawks and has a pair of Super Bowl games under his belt with the legendary New England Patriots.

Christian's passion for football, cultivated during high school in southern California, took him to the University of Colorado at Boulder, where he caught 98 passes for 1,458 yards and 12 touchdowns from quarterback Kordell Stewart. Christian would gain the attention of the National Football League, joining the Seattle Seahawks in 1998. In 2002, he moved to the New England Patriots where he would remain until 2005. In the years to follow, Christian would play for the Redskins and Panthers as a free agent. While playing for New England, Christian became so taken with the Boston area that he decided to put down roots in the suburbs.

After his retirement from pro football, Christian decided he wanted a classic Mustang convertible dressed in Eleanor-style fiberglass. That's when he called Stang-A-Holics to check on a fiberglass kit. When the conversation turned to actually building his car, Stang-A-Holics went to work to locate a rust-free California car.

Christian eventually flew to California to meet with Ron and Ryan. They all agreed on the striking Eleanor look even at a time when the Eleanor theme had become well-worn. For color, they collectively chose '05 Mustang Satin Silver basecoat/clearcoat with black stripes. Brian Medina would be enlisted to handle the prep and paintwork.

This wasn't going to be just a cosmetic massaging, however. Stang-A-Holics had the monumental task of building Christian a new Mustang from scratch. The shock towers were deleted and a Heidt's Mustang II front suspension was installed with power rack-and-pinion steering, coilover QA1 adjustable shocks, and Wilwood disc brakes. The rear suspension system is modest with five-leaf mid-eye springs and KYB gas adjustable shocks. To eliminate convertible flex and twist, the platform was stiffened with subframe connectors. On the ground are Boyd Coddington 18-inch Junkyard Dog wagon wheels, 18x8-inch front and 18x9-inch rear, all wrapped in Nitto NT tires, 555 235/40/18 front and 275/35/18 rear.

For power, Christian wasn't interested in a high-horse stroker, supercharging, or a nitrous bottle, opting instead for a naturally-aspirated 302 small-block. Inside is pump-gas friendly 9.0:1 compression thanks to forged flat-top pistons and Ford Racing X303 GT-40 aluminum heads with 1.94/1.54-inch valves and conservative chamber sizing on the order of 64 cc.

On top is the proven Edelbrock Performer RPM dual-plane manifold with 600-cfm carburetion. You can cruise with it all day and head to the dragstrip on Saturday night. In front is a Mallory Unilite electronic distributor with vacuum advance and High Boost ignition for excellent acceleration manners, smooth idle, and crisp high-end performance.

Because Christian wanted a weekend pleasure cruiser, he went with the reliable Automatic Overdrive, built by Porterville Transmissions. It yields good acceleration in cogs one through three along with efficient overdrive at highway speeds. With a torque converter stall speed of 1,800 rpm, power gets to the clutches and planetaries right off idle.

When Stang-O-Holics completed the car, Christian's schedule made it impossible for him to get to California, so Ron and Ryan did a 500-mile shakedown to work out all the bugs. They had a ball driving and showing the car, using it as a rolling showcase for their abilities. When Stang-A-Holics was confident the car was ready, they called Fed Ex for climate-controlled transportation to Massachusetts.

When the car arrived in Boston after midnight, Christian couldn't wait to see the car, so he asked the Fed Ex driver to deliver it immediately. And when he saw the car, he called Ryan in the middle of the night to offer his thanks for a job well done. 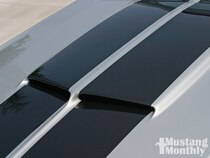 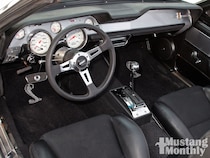 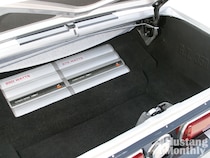