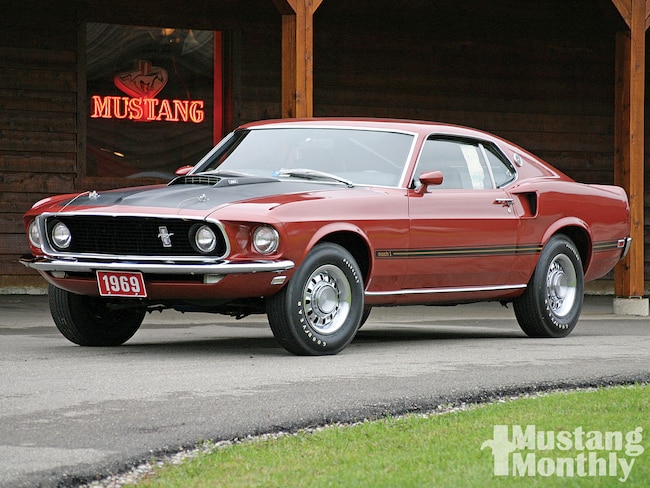 Editor's Note: This is the first in a series of photo profiles of low-mileage Mustangs owned by restorer and collector Bob Perkins in Juneau, Wisconsin. For concours restorers, these cars are snap-shots of how vintage Mustangs were built and delivered to dealers, which is why we're including more than the usual amount of detail images. Next month: a 56-mile '66 Mustang hardtop.

As a long-time restorer, MCA judge, and collector of low-mileage Mustangs, it takes a lot to impress Bob Perkins. So when Bob says that this 52-mile '69 Mach 1 is one of the nicest and most untouched Mustangs he's ever seen, you know there must be something special about it.

"It never went through dealer prep," Bob points out, "so it still has the antenna in its original paper bag in the trunk. The window sticker is still in place and there are tags and stickers under the hood that usually fell off once a car was driven."

Which begs the question: How could someone not drive a beautiful Indian Fire Red Mach 1?

From 1962 to 1970, Nebraska Ford dealer Bob Mercer set aside one new Ford per year for the nine years he was in business, starting with a '62 Galaxie and ending with a '70 F150 pickup. There were three Mustangs in the group-a '66 hardtop, a '67 fastback, and this '69 Mach 1. Perkins heard about the cars in 1987 and eventually visited with Mercer to try to purchase at least one of the Mustangs. Mercer wasn't ready to sell. "It was really hard to drive away with an empty trailer," Perkins says.

But several years ago, Mercer was diagnosed with cancer and decided to sell his collection. He tried calling Perkins, but the area code had changed. He mailed a letter, but by the time it arrived in Perkins' mailbox, someone else had acquired the Mustangs. Perkins tracked down the new owner of the '66 hardtop and '69 Mach 1; within six weeks, they were part of Perkins' low-mileage collection. The '67 fastback was purchased by a pair of firemen in Louisiana, where Bob says it was stored inadequately and suffered some moisture damage.

Bob is amazed that the cars survived so well during their long-term storage by Mercer. "They were stored good but not great," Perkins explains. "They were in something like an old school-bus building. It had a good roof and a concrete floor, but no heat. It wasn't climate-controlled by any means. Thankfully, there weren't any mice to chew up the interiors."

Bob gets giddy when he talks about the details on his Mach 1, which is typical of most in '69 with a 351 four-barrel engine and automatic transmission. The windshield wipers, seat belt buckles, and steering wheel are still wrapped in plastic. The original Polyglas tires still have their red address stampings from Goodyear in Ohio to the Dearborn Assembly Plant in Michigan. Bob says the trunk was loaded with treasures, like a pair of headlight adjusters still in their bags and all of the paperwork, including assembly line data cards stashed away in plastic by Mercer. When Bob felt behind the spare tire, he found the backing for the jack instructions decal and a crumpled coffee cup, apparently tossed aside by an assembly line worker.

Obviously, this Mach 1 is a special Mustang among Perkins' collection of special low-mileage Mustangs. "If I was forced to sell my cars," Bob says, "this one would be the last to go." 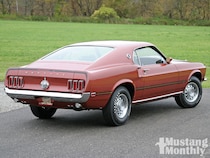 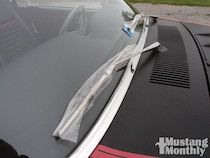 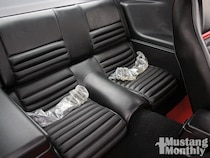 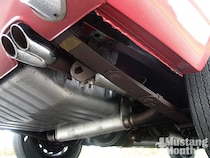 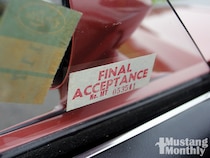 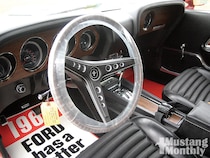 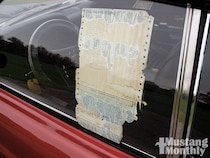 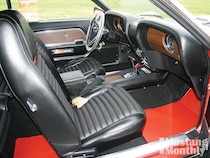 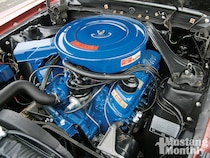 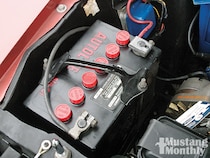 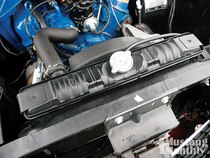 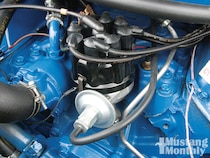 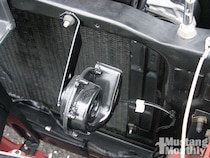