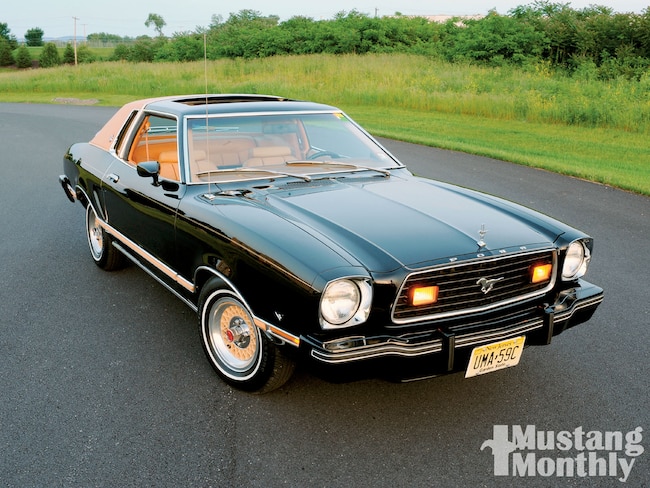 Love 'em or hate 'em, there are some great looking '74-'78 Mustang IIs out there. One is the Ghia, a luxury model that Andrea Lucas believes Ford built in the style of a "little Lincoln." She points to the hood ornament on her '77 Ghia, an extra-cost accessory in the form of a running horse over the Roman numeral "II." Plus, the Ghia looks elegant, especially in the black and tan color combination.

In 1977, Andrea bought a brand-new '77 Mustang II and quickly learned that her beautifully color-coordinated Ghia turned heads in parking lots. "The car couldn't have been more than 15 minutes old and it drew a crowd," she says. "I thought somebody had hit it. They all wanted to know what it was."

Twelve years later, Andrea sold her Ghia but regretted it almost immediately. In fact, the next day she began looking for an exact replacement. The task proved daunting to say the least because Andrea required the luxury Ghia, body 60H, topped with the Ghia Sports Group in her original color combination of black and tan. The 302-2V and automatic was also important over four- or six-cylinder power.

Ford built two versions of the Ghia with the Ghia Sports Group. One was black with tan. The other was the exact reverse-tan with black. Andrea's original Ghia was black with a chamois half-vinyl roof and pin stripes. The luggage rack came with chamois hold-down straps with bright buckles. The lacy spoke aluminum wheels featured chamois painted spokes. Inside, the seats were also chamois in vinyl. The dash used an appliqué that looks like engine-turned aluminum in black.

Basically, the tan version of the Ghia Sports Group was the reverse of the black one. Tan appears in place of black and vice-versa, except the interior and the straps on the luggage rack remain tan. Jacqueline Smith drove just such a tan Ghia on the hit TV show Charlie's Angels.

Andrea watched the show in those days. She said, "I had seen that car on TV and liked the interior. I just switched and took the black with the chamois roof."

For the record, Farrah Fawcett also drove a Mustang II on the program, only it was a Cobra II. Kate Jackson drove a Pinto.

In 2006, 17 years after selling her original Ghia, Andrea finally ran across a '77 Ghia on eBay. It appeared identical to the head-turning ride she drove from 1977 to 1989. After negotiations, her husband, Ray, traveled to California to take a closer look at the Mustang II. With 43,000 miles, the car was extremely well-preserved with the same options as Andrea's first car. The seats were unrestored and the engine was basically untouched. In fact, the valve covers had never been repainted.

So Andrea bought the '77 Ghia and had it shipped back to her home in New Jersey. We caught up with the rare Ghia on the show field at the All-Ford Nationals in Carlisle, Pennsylvania, where the black and tan Ghia really stood out from the pack. In Andrea's opinion, "The Ghia is geared toward women because it feels like an old shoe when you get inside."

Although Andrea and Ray have not entered the Ghia for show judging, they have purchased a truck and a trailer with that in mind. "We drove to Carlisle and back with no problems," Andrea explains. "It's a fantastic little car but the truck and trailer will get us to some of the longer distance shows."

One has to wonder how many Mustang II Ghias with the Ghia Sports Group have survived. Certainly, rod builders cannibalized hoards of Mustang IIs for their readily transferable front-end components.

Andrea has already turned down offers for the Ghia at several shows. She certainly doesn't want to go on another 17-year hunt, explaining, "I made that mistake once. I'll never make it again." 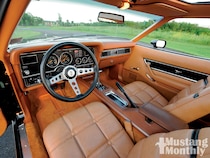 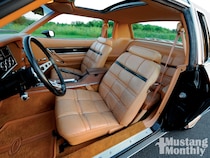