Thanks To His Grandfather, Larry Wilmot's '73 Grande Is A 14,000-Mile Survivor

There's often a special bond between a boy and his grandfather. After all, a grandpa can get away with things that parents wouldn't dream of. For example, as a four-year-old, Larry Wilmot remembers standing in his grandfather's lap and steering his '73 Mustang Grande around the neighborhood while Grandpa applied the gas and made the needed steering corrections. Now that's how you bond with your grandson.

As the story goes, Larry was so taken by the experience that he exclaimed, "Grandpa, I want this car!" Likewise overwhelmed by his grandson's enthusiasm for the Mustang, Bert Wilmot soon parked the car to preserve it for Larry.

"In May 1973, my grandfather walked into Ed Schmidt Ford on Woodward Avenue, in the Detroit suburb of Ferndale," Larry says. "He knew the Mustang IIs were coming and wanted to get one of the last 'big' Mustangs. He purchased the Dark Green Metallic Grande sitting in the showroom from the dealership owner, Ed Schmidt Sr."

The Grande was added to the Mustang lineup in 1969 as a luxury model. Always a hardtop, Grandes from '69-'73 were equipped with vinyl roofs, dual racing mirrors, pinstriping, deluxe wheel covers, extra chrome trim, and the Dcor interior with a clock and cloth/vinyl seats. Most were two-barrel 302s or 351s with an automatic transmission, and the majority were equipped with the expected amenities: air conditioning, power steering, and power brakes. Bert's new '73 Grande was typical with a 351 Cleveland two-barrel, an automatic transmission, A/C, and power accessories.

Shortly after allowing his young grandson a turn at the wheel in 1974, Bert passed the Grande to Larry's father for storage. As part of the preservation, Larry's father enlisted his son to wax the car each summer. On Larry's 16th birthday, the hardtop was handed over to him.

"My father immediately locked away the keys," Larry says. "Looking back now, that was probably a wise decision."

The Grande remained in storage until Larry finished college and "matured a bit." Today, the car is an unrestored, all-original survivor with only 14,200 miles on the odometer. "Only the battery, tires, fluids, and half the exhaust have been replaced," Larry says. "In fact, the belts, hoses, and plug wires are still the originals that came on the car 33 years ago. It even has the original AM radio and single speaker-no holes were cut into the rear package shelf for this one."

Today, Larry continues to preserve the Grande by driving it sparingly, sometimes to shows, and only during Detroit summers.

"My grandfather is 90 years old," Larry says. "He still enjoys seeing the car and occasionally taking it for a drive. It's not a Mach 1 or a red convertible, but it sure is special to us." 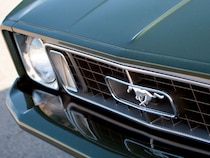 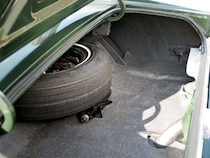 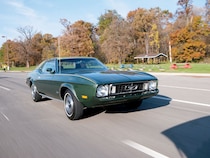 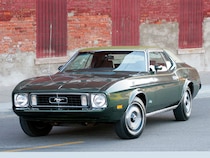 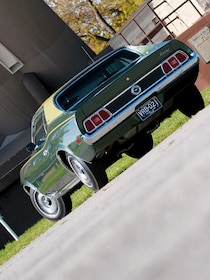