Driving enthusiasts weren't kind to the Mustang II during its '74-'78 life, but the light of forgiveness now shines on its stubby flanks. Automotive historians acknowledge that the downsized Pony kept the Mustang name alive at a time when other bloated American models were dying off, and fans of the II are quick to point out that Ford sold more than 1.1 million of them-a sales success by anyone's account.

After the rampant excesses of the '60s horsepower wars among The Big Three automakers, the public called for a return to the practical and sporty coupe it had fallen for on April 17, 1964. In fact, an early voice of discontent with Mustang growth spurts came from Ford stockholder Anna Muccioli in 1968, who received applause during a meeting when she compared the larger '67-'68 Mustang to the second-generation Thunderbird. She asked Henry Ford II why the company hadn't learned from its mistake of turning the beautiful two-seat T-bird into a four-door behemoth. 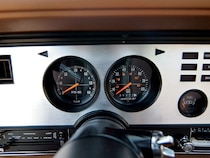 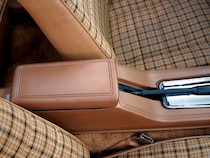 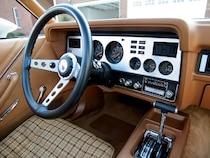 Clearly, Anna was very disappointed when she saw the big '69-'70 Mustangs and super-sized '71-'73 versions. By the time the '71 models were on sale, even Ford marketers realized that growing the icon into a Torino-size two-door was a grave miscalculation. The anticipated market for Mustangs with giant 428- and 429-cid powerplants never materialized, leaving smog-controlled, federally emasculated 351s to pull their heavy bodies.

The long evolution of what was to become the '74 Mustang II began in late 1969 when Ford President Lee Iacocca launched two exploratory programs within Ford Motor Company. One was charged with designing a smaller Mustang around the new-for-'70 Maverick compact; the other was to investigate the viability of having the new-for-'71 Pinto subcompact act as a base for the Mustang. Several not-too-stunning styling exercises and the inspiration of the popular German-built '70 Capri subcompact made Ford drop the Maverick idea early on.

Ford conducted a research clinic with car owners at the Long Beach Convention Center to determine where the public's interest lay among subcompact models. With a dozen models on display-ranging from Datsun 240-Z and Porsche 914 sports cars to a less exciting Chevrolet Vega, Plymouth Duster, and Toyota Corona-the company deduced that Americans had embraced smaller fuel-efficient transportation. Its marketers chose to aim the new Mustang at that segment.

Chief Designer Gene Bordinat, with four styling studios under his command and input from the Italian-based Ghia studios (which Ford controlled), turned out a variety of concepts. History records 150 submitted designs on paper, 50 in clay, and several in full-drive mode. As consumer clinics narrowed down the public's preference for a certain design, research showed a constant 50/50 split between the notchback and hatchback body style. The automaker's bean counters were pushing to make the new car available in a single body in order to save money; fortunately, the accountants lost the argument and Ford quickly grafted a notchback roofline onto the winning fastback design.

Gone forever were the big-block V-8 engines. In fact, there were no V-8s offered in the Mustang II's introductory year. The new Mustang listed only two powerplants for '74, including the base 2.3L "Lima" four-cylinder and the optional 2.8L V-6 from the Mercury Capri.

Contrary to popular opinion, the '74 was not merely a Pinto clone, although it shared a few basic parts with its economy-car cousin. By decree from Lee, who likened the new model to a "little jewel," the ride was much more like that of a big luxury car than a Pinto, thanks to innovations such as melted rubber sheets on the floorpan; a larger-diameter driveshaft; and a U-shape, isolated subframe that dampened road and engine noise. The new Mustang had the same basic interior appointments as before: a floor-mounted shifter, low-back bucket seats, vinyl upholstery, and full carpeting. But the standard equipment list improved to include solid-state ignition, front disc brakes, a tachometer, steel-belted whitewalls, and a folding rear seat in the 2+2 hatchback models.

After receiving feedback from customers and the press, Ford made structural modifications to the Mustang II for '75 to make the return of the 5.0L V-8 possible. With primitive smog controls and a struggle with unleaded gasoline, the '75 Mustang II's 302-cid powerplant was a distant cousin to the Boss engine of the same size. Output ranged from 122 to 139 hp during its four years in the II series, but the V-8 could be had in coupe or hatchback models at a time when most car companies were phasing out anything larger than a V-6.

In 1976, Ford created a sporty, '60s-style appearance package to match the performance of the Mustang's biggest engine option when it introduced the Cobra II. This version of the Cobra had the "show" but not the "go" of a Shelby GT350-a fact the company touted loudly in magazine ads and brochures-and the dress-up stripes, spoilers, and wheels could be ordered with any of the three engines. It was designed and built by Jim Wangers' nearby Motortown company, although Ford would move the operation in-house for 1977.

The marketing strategies and various packages must've worked, because by 1977, Ford's Mustang once again ruled the crowded domestic sporty subcompact class in sales numbers. It was clear that the company wanted the II to go out with a bang when it introduced the '78 models with much fanfare in October of that year. At the top of the food chain sat the King Cobra, which Ford advertised as the "Boss of the Mustang stable."

The King Cobra was a hatchback-only model with the 5.0L engine, standard four-speed manual transmission, power brakes, and power steering. The $1,253 KC treatment did without the customary bodyside striping of the Cobra II, but sported a unique tape layout featuring a giant snake decal on the hood and pinstriping on the greenhouse, decklid, wheel lips, rocker panels, belt, over the roof area, and around the side windows. Up front was a tough-looking air dam. A "King Cobra" nameplate went on each door and the back spoiler, and a "5.0" badge appeared on the rear-facing hoodscoop. The King Cobra also had rear-quarter flares, a black grille and moldings, and color-keyed dual sport mirrors. Raised white-letter tires rode lacy spoke aluminum wheels with twin rings and a Cobra symbol on the hubs.

Many buyers paid the extra $587 for a T-top, which made the $5,638 KC the most expensive Mustang II. Thanks to the influence of economic inflation in the '70s, it was also the most expensive Mustang so far. Choosing a $225 automatic transmission meant paying more than $6,000 by the time tag, tax, and title were figured. Despite the high purchase price, enthusiasts snapped up 4,318 of them.

A Pair of Kings
Monty Seawright bought his first car, a '78 Mustang II, at the age of 13 with money he made mowing lawns. Since his father owned a junkyard back when they were still known as such, finding a new fender and other parts to restore the car was easy. After driving the '78 on back roads and under the cloak of night for a while, the underage Mustanger sold it and moved up to an '82 Mustang. From there, his love of the cars led him to assemble an ever-changing collection that currently includes a yellow '69 Boss 302 (one of the few restored cars in the collection), a blue '70 Boss 429, a red '68 Shelby GT500, a Poppy Red '6411/42 K-code convertible, and-as a nod to the Mustang II that started it all-a pair of '78 King Cobras.

Monty is aware that the '74-'78 Mustang II series is the most controversial generation in the marque's 43-year history, but he believes the one-year-only King Cobra was Detroit's best musclecar of the '70s. It gave Ford a high-profile model to cap production of the II series before introducing the Fox-based Mustang for '79.

Neither car has been touched by the hand of a restorer or by time itself. The blue KC, registering only 9,000 miles, is a solid-roof model with the four-speed transmission and Tangerine interior.

Monty's white KC is a T-top, four-speed car. Its odometer has not yet crossed the 800-mile mark. The car was in Houston, Texas, when Monty discovered it for sale on eBay. He says he was grounded when his wife found out he had bought another car despite his promise not to add any more to the garage. Now that he sees the public reaction to his sporty Mustang IIs, Monty feels his time in hot water was worth it.

"People don't know what to think when I take the King Cobras to shows," Monty told us. "They always want to know who restored them or where I got all of my N.O.S. parts.

"Seeing them together is like stepping into a Ford dealership in 1978."

Brad Bowling is the author of several Mustang books, including The Mustang Field Guide, Standard Catalog of Mustang, The Saleen Book, and others. You can learn more about the books at www.bradbowling.com.