The credentials for this '69 Mach 1 sound like no other you're likely to come across: 11,000 miles; original tires, belts, and hoses; original paint; brand-new interior and trunk; window sticker and all paperwork included.

But, wait. It's also equipped with the 428 Super Cobra Jet, a Drag Pack step up from the basic CJ. Bob Perkins lumps his SCJ with CJs, "It's the best unrestored Cobra Jet Mach 1 I've seen anywhere." Then he issues an understatement, "They are pretty rare with the SCJ. I don't know for sure how many they made."

Combining the rarity of the Super Cobra Jet with this one's originality and factory performance just might make for the ultimate vintage Mach 1. But Bob wants us to see this Mach 1 in terms of its superlative originality.

"I guess what makes it so unique is it has all the hard-to-get stuff," explains Bob, who serves as the Mustang Club of America's National Head Judge and also pens Mustang Monthly's Resto Roundup column. "It has the original no-size tires. It has the original exhaust. If these cars were drag-raced, the first thing owners did was pull the carpet underlayment and trunk underlayment and throw them away. But that stuff is all here."

According to Bob, once gone, those pieces are gone forever because "the reproductions are not even close to original." He continues, "The valve covers still have the stapled gaskets on them. It's the little things like that you don't find on cars that have been drag-raced or driven hard or have a lot of miles on them."

Bob pointed out other details that most don't know exist. "One thing that's really unique-and I think shows how well-preserved this car is-is that the black on the hood is still the original paint. It's absolutely perfect. You can see where the little pinstripe around the edge of the blackout was rolled with a wheel."

The day before we photographed this Mach 1, Bob helped us out with a Boss/Mach 1 body blackout detailing article (see our May '05 issue). In the article, he pointed out a trick to detect whether the blackout hood had been repainted. "Remember we pointed out where the tape stripe doesn't go to the edge on the cowl? That's because the pinstripe was put on after the cowl was already on the car. When people restore them, they don't do it like that. These things are what really make this car unique."

Others might be concerned with the ultra-high performance of this Mach 1. "Yeah, it's got all the good stuff, like the Drag Pack with the 4.30 gears. That's the other thing-it's not only a Drag Pack, it's a 4.30 with Traction-Lok." Drag Pack cars were divided into 3.91s and 4.30s. The 4.30 with an automatic, like this car, was the quickest in the quarter-mile.

Bob stores the Mach 1 in his climate-controlled "showroom" with the rest of his first-generation Mustangs. Low miles and originality are traits they all share. The last owner showed the car "a couple of times in the MCA," where it was a gold winner in the Thoroughbred Class.

Bob chooses to preserve the Mach 1. One of these days he might show it, but the car isn't a driver. It's stored without gas or water. Bob explains, "You don't want to put gas in and let it sit two to three years without starting it because it gums up the carburetor and fuel system. If you have antifreeze in there, after a few years it becomes corrosive, and you don't want that stuff seeping and leaking. But you've got to have the oil on the inside and turn it over once in a while to keep everything lubed up."

To turn the engine over, Bob puts a 15/16 socket on the end of the harmonic balancer and spins it. How does he respond to people who criticize him for not driving such a high-performance Mach 1? He laughed, "The ones that are driven and have 100,000 miles are worn-out cars. I've got a brand-new one. That's how you explain it. You can have a brand-new one or you can have one that's worn out." 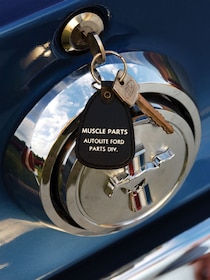 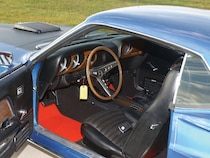 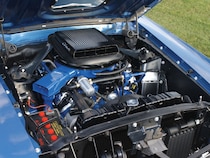 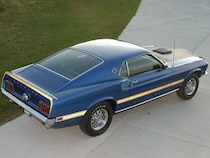 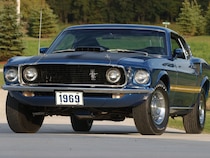 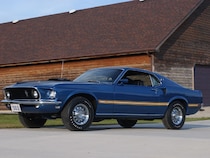 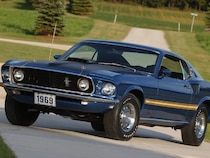 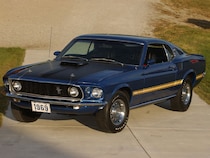 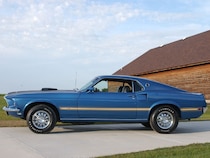 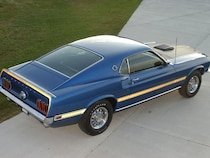 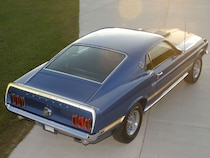 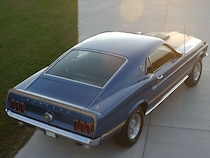 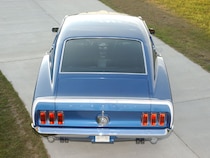 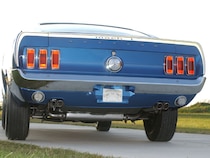 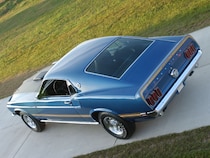 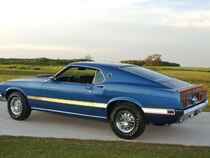 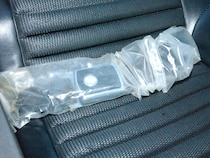 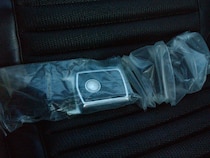 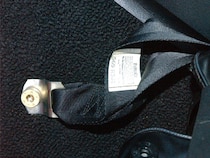 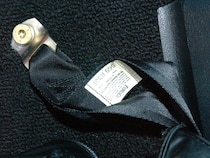 Under the hood, a little oil on metal surfaces helps prevent rust. In this manner, perhaps the lowest-mileage '69 Super Cobra Jet Mach 1 in the world is preserved for posterity. Bob figures the 4.30/automatic SCJ is the ultimate Mustang musclecar.

"That was supposed to be the hottest ticket," he continues. "Definitely, it would blow the doors off Boss 429s, which didn't run that good on the street. I think it would be hard to argue there was any other first-generation Mustang in stock configuration that would run any better than an SCJ Mach 1-unless it was a plain-Jane hardtop that was 50 pounds lighter."