One Honey Of A Honey Gold Drop-Top 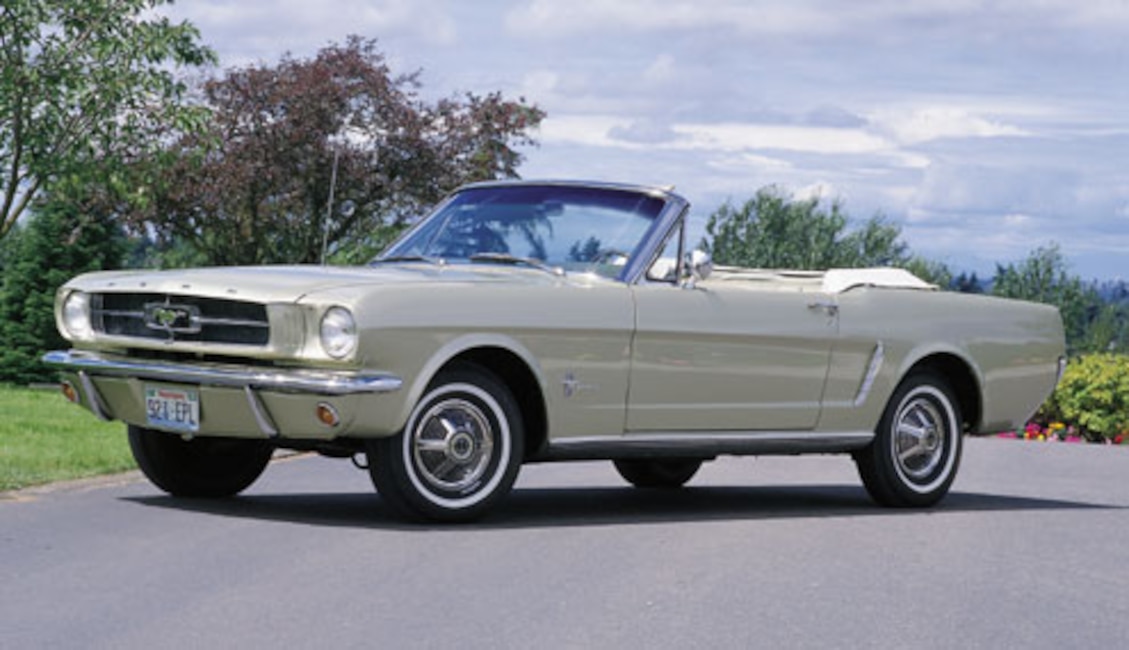 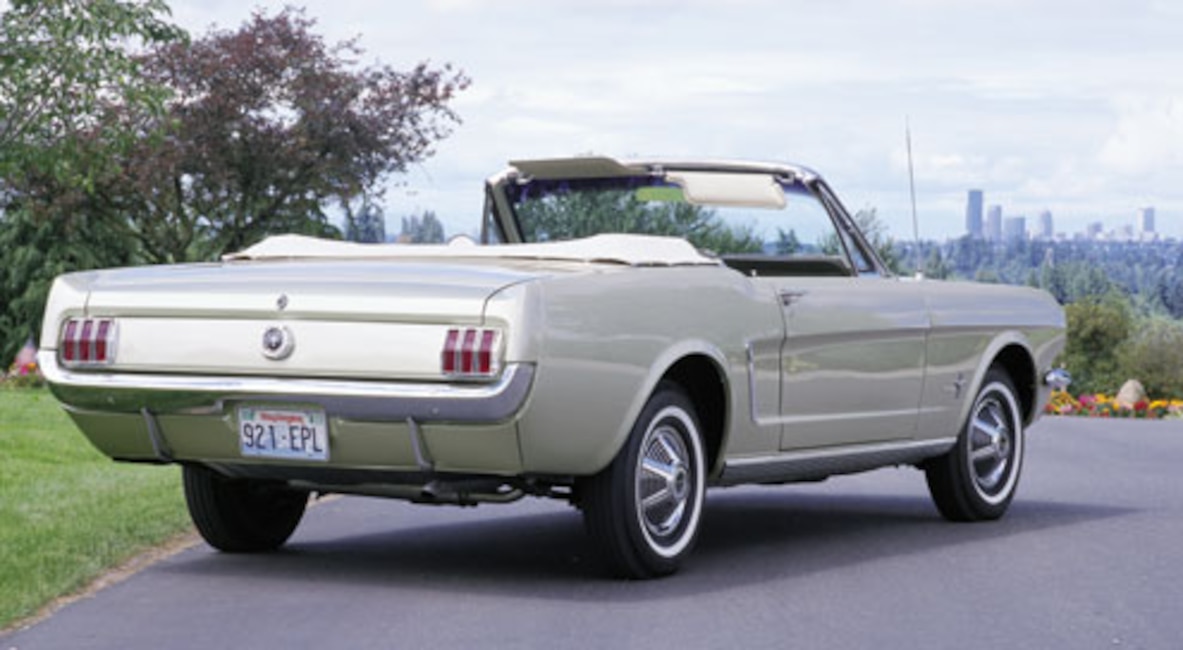 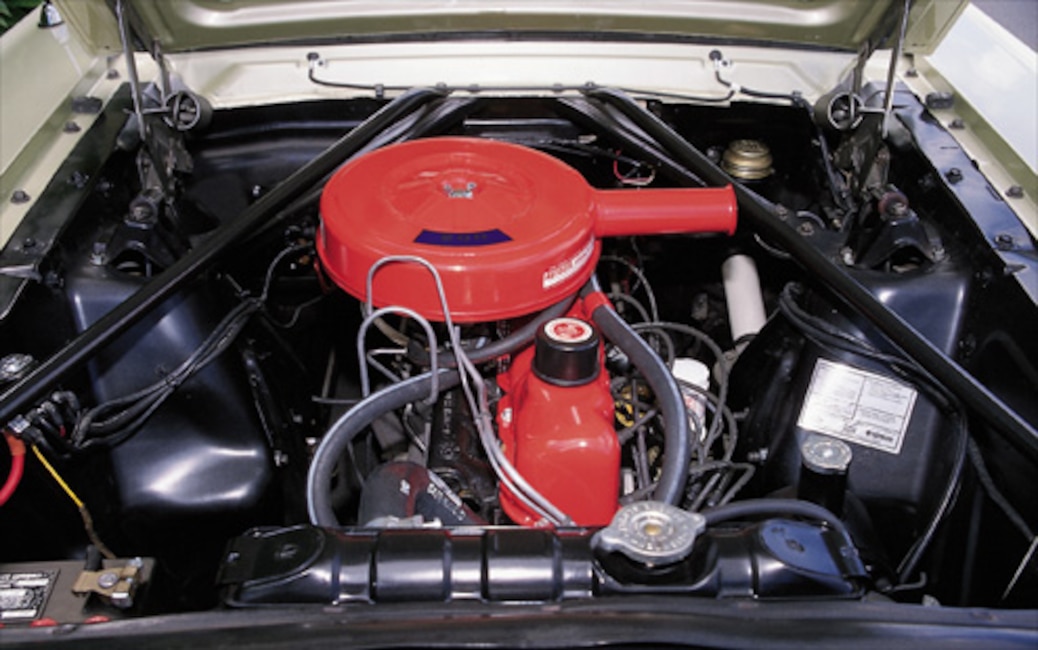 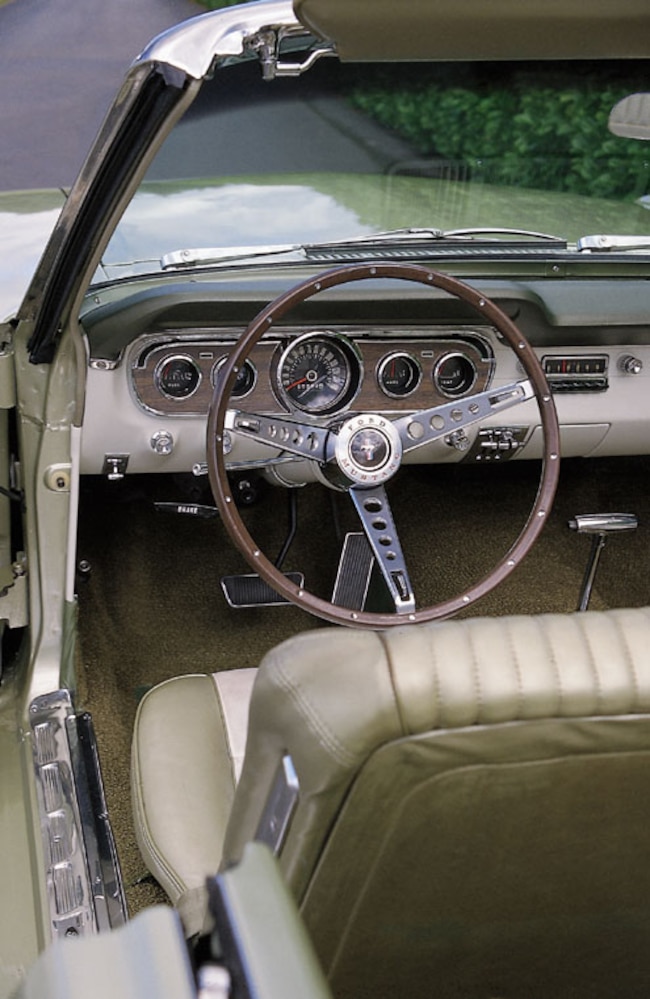 As the sands of time continue to pour into the early part of the 21st century, it is impossible for us to believe the '65 Mustang's 40th birthday is but a few years away. America's sweetheart is still quite the babe at 36, don't you think? It continues to excite the senses coming at you and ain't a bad experience pulling away, either. The '65 Mustang is a lesson in styling--something to be shared for generations long after most of us are gone. We're convinced it will survive the test of time, as does a Picasso or a Rembrandt. It remains a winner that will never go out of style.

Jeanie Williams is another longtime Mustang owner, as is Terry Green mentioned elsewhere in this issue. Like Terry, Jeanie has owned her Honey Gold Mustang for more than 20 years. Call it commitment, or call it street smarts. Jeanie has kept this Mustang at her side for the better part of a lifetime, since snapping up this gem off a used car lot in Seattle back in 1976. At the time, classic Mustangs--especially convertibles--were the ticket to driving pleasure in an era when convertibles of any kind were no longer available new.

It's a lady's car, she tells us. Beneath the Mustang's steel hood is Ford's old reliable--the Falcon six, sporting 200 ci. Spin the Autolite starter and listen to the buzzy roar of combustion. The 200ci six wrestles with smooth operation because its integral log-style intake manifold isn't strong on smooth fuel and air distribution. These engines sputter to life, and then they make lots of torque for both city and highway driving. The 200 is an economical six that holds its own under all kinds of conditions. A brute seven main bearing design provides plenty of crankshaft support. Pound for pound, the 200 six makes more torque than a 289 V-8--and it does so without complaint.

When this Mustang was originally ordered during the spring of '65, it was ordered by someone with imagination: a glistening Honey Gold epidermis, white interior with Ivy Gold appointments, Interior Decor Group, a Cruise-O-Matic transmission, a 2.83 conventional axle, humble 6.50x13-inch bias-ply roller skate wheels (decidedly rare because most Mustangs had 14-inch wheels and tires), power steering, and remote mirror--even a power top. It's a striking economical package with a strange bend on luxury.

For 12 years, the Mustang was Jeanie's daily transportation around Oregon and Washington. It transported her through all kinds of weather and conditions you might expect in the Pacific Northwest. It wasn't until a stranger walked up and lectured Jeanie on classic Mustang abuse that she gave her daily driver another look. The stranger's words, coupled with the car's gradually failing health, prompted Jeanie to park the Mustang.

When Jeanie moved back to Seattle, she took the car to Gary's Mustangs in Clackamas, Oregon. Gary completely restored the car to its original condition. In the course of the restoration, Jeanie learned what a slow process restoration can be. What's more, she learned what MCA judging was all about. With the advice of seasoned Mustangs Northwest Club members, she molded her Mustang to perfection--and a calculated course toward show-winning performance. At the '99 Mustang Roundup in Bellevue, Washington, she drove home with a First Place trophy.

Though Jeanie doesn't drive her Mustang often these days, its packaging demonstrates to us that the Mustang was indeed the car to be designed by you. It sports all the trimmings of a respectable luxury car without the high tariff of gas-guzzling V-8 performance. All in all, it's a remarkable lesson in thoughtful packaging in one honey of a Honey Gold Mustang drop-top.