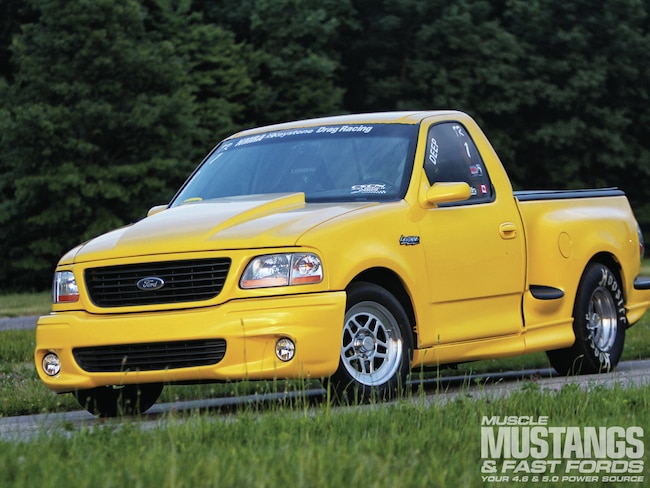 It's not uncommon for us to come across a racer whose career was inspired by someone special. Whether it's a father, uncle, or even mother, someone ignited that passion for racing. Normally, we could use the typical cliche "the nut doesn't fall far from the tree," but when speaking to Steve Martin of Ontario, Canada, we were surprised to hear that his son lit the flame for his love of racing. In an unconventional route, Steve began racing after his son introduced him to his love affair with the quarter-mile. When Mr. Martin was 48 years young, he stepped into the racing game and made his first pass down the dragstrip in his supercharged 5.4L F-150, having only visited the strip once prior to watch. With a son-and-father bond, Steve's newfound racing hobby would soon turn into a championship-winning career in one of the most specialized classes of the NMRA--the Detroit Locker Truck & Lightning class.

The championship vehicle you see here wasn't always deemed for the spotlight. Having purchased the '99 Lightning as a roller in 2008, Steve had his work cut out for him. Starting out as a black vehicle, Steve wanted something a little more show and opted for a custom yellow. Stripping the factory paint opened a can of worms. Discovering prior bodywork done to the bed and passenger door of the truck, Steve describes it as "a nightmare." Having to completely replace the bed and administer extensive repair to the door, Steve's plans to race in the next three months were postponed. Once finished, Steve was anxious to start the next phase of building a championship Lightning. 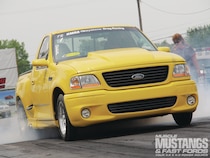 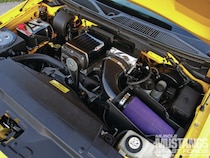 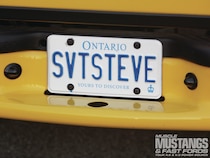 Having swapped over the 5.4L Lightning engine out of his old F-150 into his newly refined ride, Steve didn't waste time when it came to power supply. Removing the Johnny Lightning Performance heads on top of the complementing short-block, Steve revamped his powerplant with a set of Trick Flow Specialties 38cc heads, and installed Bullet Racing cams. Next up was a 2.6L Kenne Bell supercharger to feed his beast, cranking out 24 pounds of boost. Supplying the fuel is a Fore Innovations fuel hat, flowing into a pair of Metco fuel rails, and into 80-lb/hr injectors.

Choosing to run the factory 4R100 trans, Steve had Brian's Truck Shop in Lead Hill, Arkansas, build a transmission that could handle what was soon to come. The suspension is made up of QA1 shocks in all four corners, and V-6 F150 springs up front. Filling the factory 93?4-inch rearend housing, you'll find 3.73 gears, factory axles, and a Detroit TruTrac differential. Wanting to shed some weight, Steve replaced the factory doors with fiberglass pieces, and chose a set of Bogart D10 rims, mated with Hoosier 30/10.5R15 slicks out back. 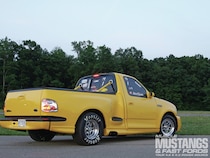 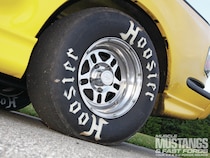 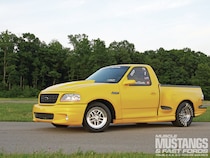 Steve began racing in the NMRA in 2007 and for the first four years was struggling in his fight for a victory. It wasn't until 2011 that his dedication and perseverance finally paid off. Starting off the season in Brandenton, Florida, Steve not only walked away with his first win but also a new personal best--10.06 at 137mph cutting a 1.43 60-foot. Coming up short in Commerce, Georgia, he placed as runner-up in the finals, as well as in Atco, New Jersey. Continuing onto his fourth race, Steve won his second race in Joilet, Illinois, and raced in the first three rounds in Milan, Michigan, until he was eliminated. Unfortunately, Steve would find himself eliminated in the first round of the Ohio and Kentucky races.

With the season finally over, points were tallied, and Steve was crowned as NMRA champion of the Detroit Locker Truck & Lightning class. He says his experience was nothing short of spectacular. "When I first started racing in the NMRA, it was strictly about racing and keeping my eye on the prize," explained Steve. "After the first few races, and now years, it's still about racing, but what I enjoy the most is the people I've met and friends I've made." Steve may have started late in the game, but he's gradually grown into one big racing nut. With a little inspiration from his son, Steve's ambitions have helped him transform a son-and-father bond into a national championship. 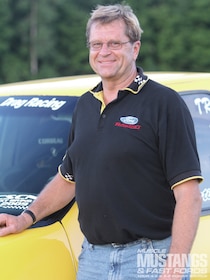 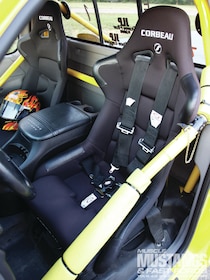 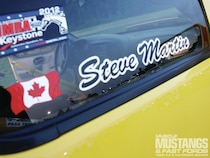 It was time to step things up a bit, so JDM Engineering dropped on the massive 3.4L supercharger from Whipple. - Muscle Mustang Fast Fords