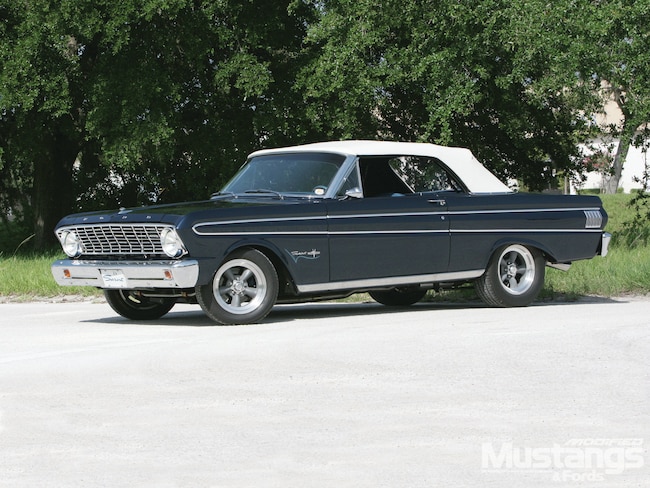 Love makes us do crazy things. We're not talking about impulse buys like a weekend getaway, now. No, we're talking cars here of course. Love has a way of getting deep down into our emotions and latching on like a scared toddler meeting Mickey Mouse for the first time (he is a 7-foot-tall rodent to the little guy after all!). Those emotions, intertwined with love, usually means one thing to a car guy or gal--buying a car from a special year. It could be the year you graduated college, or perhaps the year your first child was born, but for many it's the year you were married. We all remember that year vividly, and for Dennis and Diane Payette of Hudson, Florida, that year was 1964. Sure the Mustang was the new kid on the playground, but the Payettes were Falcon fans first. And while they've owned a Mustang or two over the years, they've owned far more Falcons.

When Dennis and his better half decided it was time for another project, the Falcon was at the top of their list. They had narrowed it down to a '63-'65 convertible, but were really hoping for a '64 model to tie in that special remembrance of the year they were married. This was 2001, so there was no Craigslist, and few people actually used eBay for buying and selling cars (or parts) at the time, though Dennis did look online. The granddaddy of car search material in 2001 was Hemmings Motor News. Dennis found a few prime candidates, but one of them really stood out. The bonus here was that the drop-top Falcon was but 150 miles away on the other coast of Florida in Titusville. It was in the middle of a restoration and not running, but it was being offered by the original owners. Dennis drove clear across the state, trailer in tow just in case, and happily made the deal that day.

Dennis' shop, D&D Auto Repair in Port Richey, Florida, (we'll give you two guesses what the D's stand for!) is where the Falcon came home to roost. For a fleeting moment, Dennis considered keeping the car its original white, but then decided that if he's going to modify it, he's changing the color too. It was at this point that Dennis stripped the car down to a shell with the help of his son, David, and started modifying it. First up, was a Rod & Custom Mustang II frontend kit, so that he could run disc brakes, power steering, and more in one fell swoop. Plus, it made plenty of room for any engine he had his mind set on. A Flaming River tilt column was set in place to connect to the power rack, and then a standard Falcon four-speed pedal setup was installed in anticipation of the modern five-speed manual trans Dennis had in mind.

While all of this work was going on, Dennis heard about a '93 Mustang engine that was being sold locally by a friend. The '93 Mustang turned out to be of the rare Cobra variety (better factory intake, factory roller rockers, and more) and he snatched up the engine for his Falcon project. Of course, the stock Cobra's 240 horsepower wasn't going to make Dennis happy when he dumped the clutch, so out came the checkbook for a set of Edelbrock aluminum heads, a Ford Racing camshaft, bigger injectors, headers, cold air induction, and more. Before the smoke cleared from his check-writing hand, a new Tremec T-5 five-speed had been ordered for the project, along with a Centerforce clutch as well.

As the parts were being collected and slowly trickling in, Dennis sent the Falcon out for media blasting, removing the previous shop's work and preparing the body for paint. His good friend, Dean Miller of Constant Perfection Auto Restorations, handled straightening the bird's wings and modifying the rear wheel openings for bigger rubber. Dennis picked Sapphire Blue Pearl from the PPG chip book and Dean happily obliged with his paint gun. It took an agonizing 16 months for the work, but that just gave Dennis more time to accumulate parts for the Falcon's resurrection back at his shop. In December 2005, Dennis and Diane's blue beauty rolled back into the D&D Auto Repair shop for final assembly.

With a fresh blue canvas awaiting him, Dennis got to work assembling the suspension and brakes and dropping the drivetrain in with David's help. The 9-inch rear, narrowed by Franklin Welding, was bolted up to a set of Mustang leaf springs, while the rest of the Rod & Custom boxes were unpacked and the front received its suspension and brakes. Back on four wheels--classic Torq Thrust "D"s at that--Dennis and his son installed the engine and trans and welded up a custom exhaust system, one of D&D Auto Repairs' specialties.

It was April 2006 and the Falcon was ready for its debut. First on the list of shows was the annual Mustangs & Mustangs: Legends Havin' Fun Mustang & Ford show at Fantasy of Flight in Polk City, Florida. Just a few months later in July, Dennis and his wife went to Indianapolis for the annual Falcon Club of America national convention, where the drop-top Falcon placed First in its class. In 2009, the Falcon once again made the long trek to the Falcon Club of America's national convention, this time in Dover, Delaware, where once again it easily scooped up First Place in its class.

These days, Dennis is retired and works part time at the shop, while David handles the day-to-day. Although a '72 Maverick Grabber is Dennis' latest project to keep him out of trouble, the Falcon still sees local cruise-in duty and hits the big shows in the state (Silver Springs, Mustangs & Mustangs, and more), but Dennis and Diane's biggest thrill is just getting in the car and going for a drive. "The car is fun to drive and we get a lot of thumbs up," Dennis tells us. What more could you love than that when driving your classic Ford? 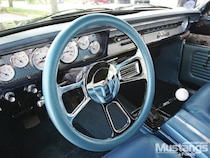 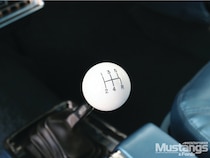 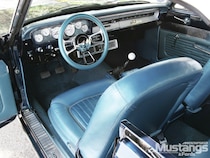