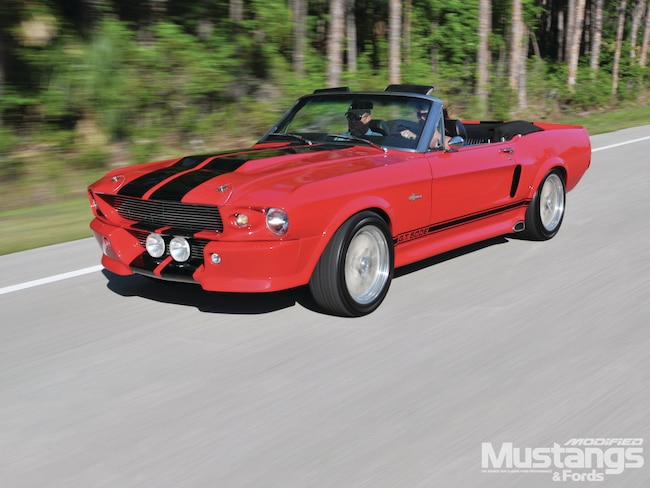 The first time we heard the name Eleanor associated with a Mustang, it was a '73 Mach 1 that was the lead in the 1974 Toby Halicki movie, Gone in 60 Seconds. The Mustang actually received star title credits! Halicki's car-thief scenario with its high speed chases was so well received that the role was reprised in 2000 with a remake using the same title, but this time a '67 Shelby GT500 was the star. Nicolas Cage was the consummate car thief, Angelina Jolie was the consummate, well...everything else, and the car became the consummate escape artist, thanks to the "Go-Baby-Go" nitrous button that let it outrun a helicopter!

The popularity of the film and the excitement surrounding the car prompted many aftermarket manufacturers to create body kits, mirrors, wheels, fenders, emblems, and more, catering to those who wanted to drive such a legendary car. One of those was Aeroform in Kansas City, Missouri. The company's 17-piece Eleanor Replica kit includes everything you need to transform your '67/'68 Mustang fastback into a re-creation of the original. As it turns out, it was just the kind of car that would appeal to John Maffucci and his wife, Rita.

Sharp-eyed readers may recognize that name since John has been a lifelong Ford enthusiast. After spending time in the winner's circle of the Camel GT series, John moved on to Bonneville where his '03 Mustang Cobra, equipped with Ford's 5.0 Cammer motor, set a C/PS class record of 203 mph. How do you top that? He and his crew at RPM Ranch took that same supercharged 4.6L Cobra motor, stroked it from its original 261 to 306 cubic inches, and slipped it into a highly modified F-100. The result was one of the quickest vintage trucks around, setting a record of 144 mph on the Maxton Mile and dominating the autocross circuit as well. We featured the badass F-100 in our Feb. '07 issue.

When John met Rita, an avid enthusiast herself, it was a marriage made in heaven. Rita has been an enthusiast since age 17 and has driven a great collection of cars over the years, the latest of which is her '08 Mustang GT, painted Lambo orange and black, rolling on 20-inch Foose rims, and fitted with a Shaker hood and CDC Glassback roof. When John and Rita wanted to add a new pony to the stable, Barrett-Jackson was the answer and this unusual Eleanor was the result. Eleanors are normally fastback models with a Pepper Gray and Metallic Black paintjob, but Rita's Performance Red convertible was a just-right departure from the norm.

Built by the Aeroform crew in Kansas City, Missouri, as an R&D mule for product development, this high-speed tanning machine boasts all the proper styling cues of the original. After completing a rotisserie restoration of a '67 Mustang convertible, Aeroform turned to its warehouse for the Eleanor-style air dam, front fenders, hood, rocker panels with side-exiting exhaust, and decklid with spoiler. Underneath all the new fiberglass additions, Aeroform added its tubular upper and lower control arms, coilover front suspension, rack-and-pinion steering with a tilt ididit column, and performance leaf springs in the rear with a set of KYB gas shocks.

The 17-inch PS Engineering rims got the Pony galloping in style with Essenza Type R rubber supplying the traction. And, plenty of traction is needed, thanks to the 331ci stroker motor under the hood. The V-8 began as a small-block 302 and is now fitted with a forged 4340-steel crank, Twisted Wedge pistons, and Twisted Wedge aluminum heads. A 650 Edelbrock carb on an Edelbrock RPM Air-Gap manifold gets the air/fuel mix flowing, while the nitrous bottle in the trunk (arming switch on the center console) quickens the pace. Scavenging is enhanced with FPA headers, an H-pipe, and mufflers that exit from Aeroform side exhausts. The estimated 375 hp spools a Tremec TKO five-speed trans that feeds a 9-inch Ford rear with 3.55 gears. Reining in all of that horsepower is a set of four-wheel disc brakes, 12-inch versions up front and 11s in the rear. A 22-gallon Fuel Safe aluminum fuel cell adds safety along with extended range.

Since quick and comfortable make the perfect grand touring combination, the emerging show Pony received an all new, stock-appearing interior decked out in black leather with Auto Meter Phantom gauges and a custom center console autographed by Ol' Shel, himself. The Panasonic CD player has MP3 and WMA capability, piping stereo sounds to the pair of preformed, Custom Autosound 6.5-inch kick panel assemblies.

The completed car accomplished the goals for the Aeroform crew, appearing in its catalog, winning Best of Show at the annual World of Wheels, and ultimately, serving as seed money for their next project vehicle, thanks to Barrett Jackson.

Rita and John were in the right place at the right time and when the sassy red Eleanor rolled across the block, they knew it was the one. Buying the car was the right choice, made even better after Rita upgraded the slightly too quiet exhaust with Borla mufflers for a more appropriate, performance-oriented rumble! In the past year, she and John have put more than 5,000 miles on the car, traveling as far west as Seaside, Oregon. It's also a regular on the Sunshine State's show circuit. While the original may have been a fastback, Rita's open-air ride is particularly suited to cruising the Daytona Beach community where the Maffucci's now make their home.

A 650 Edelbrock carb on an Edelbrock RPM Air-Gap manifold gets the air/fuel mix flowing, while the nitrous bottle in the trunk (arming switch on the center console) quickens the pace 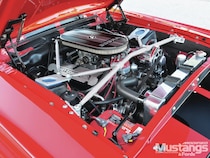 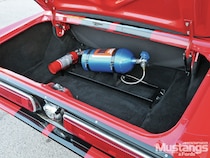 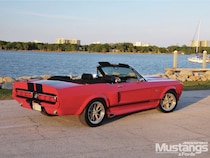 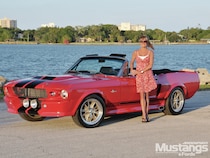 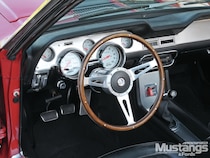 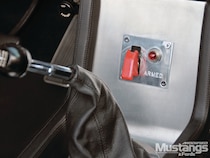