This Boss-Powered Cougar Eliminator Is A Highly Desirable Find 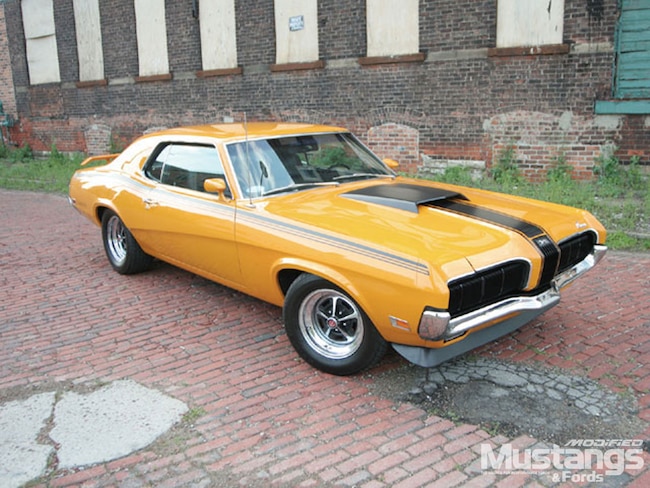 Nina and Tony Palazzolo of Clinton Township, Michigan, jumped through a lot of hoops to acquire this '70 Mercury Cougar Eliminator. In 1999 they had just turned in Nina's leased vehicle, and right then the decision was made to replace it with some vintage muscle for her. Since Nina and Tony were both Blue Oval fans from way back and already owned a '64 Galaxie 500 and a '66 Fairlane GT 390 convertible, it just had to be something from the Total Performance years.

Nina's vehicle of choice was a '69 or '70 Boss 302 Mustang. In case you haven't noticed, the Boss-powered Mustangs have gotten kind of expensive, and this was the case even back in 1999. After a careful evaluation of their budget, the hunt began, but soon they discovered that the kind of car they wanted in the desired condition was out of their price range. They could have afforded a rough example of the famous Boss 302, but what they were after was a completed car-something ready to have fun with.

During their search they came across this shining example of the Cougar Eliminator. Equipped with the Boss 302 engine, it was as close as one could get to a Boss Mustang and priced at a more affordable figure. However, one look at these photographs and it's easy to see that this car was essentially a perfectly restored California car with the original engine-not exactly inexpensive. The Competition Gold Eliminator was still out of their price range. They continued the hunt and found a 351 Cleveland-powered example of the same car. They were ready to conclude a deal, when the Cleveland-powered Cougar was sold out from under them.

By this time, Nina and Tony were discouraged, but they called back about the Boss 302-powered Cougar and found it was still for sale. As much as they wanted this car, they told the owner that it was still much more than they could afford. Tony was ready to hang up, when the owner asked what their price range was. After telling the owner the uppermost figure, the owner accepted the amount, and a deal was struck. Since the Boss 302-powered Cougar Eliminator was intended for use by Nina as a grocery-getter [snicker], we're willing to bet that Tony has to make an appointment for his turn at the wheel.

What's An Eliminator?
The Eliminator was a special package offered by Mercury only on '69 and '70 Cougars. The package included: 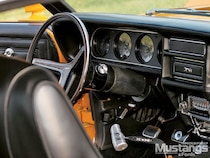 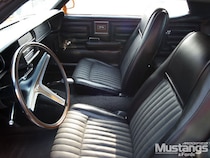 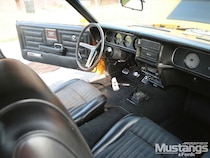 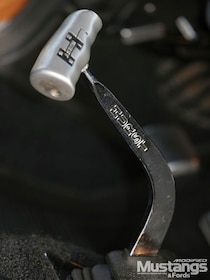 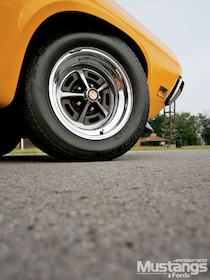