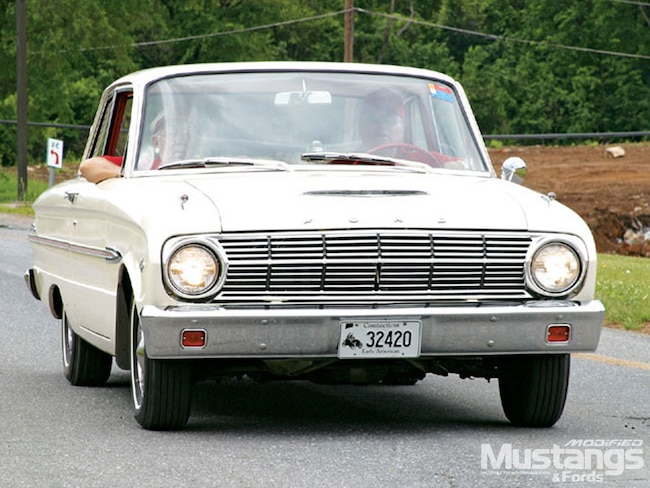 It has been a long time since America welcomed a young and vibrant president into The White House. In January 1961, John F. Kennedy was the youngest U.S. president ever sworn into office. He was a man with vision, eager to share his dreams with post-war America. His words inspired our nation to put a man on the moon. His spirit wove thread through the fabric of who we are as a country. Those of us who were alive at the time will never forget him.

We mention President Kennedy for three reasons: his greatness and popularity as an American president, the tragedy of his assassination in late 1963, and the decision to select Robert McNamara as his Secretary of Defense. You may not be familiar with McNamara, but before he joined the Kennedy administration, he was president of Ford Motor Company.

McNamara has long been known in Ford circles as the father of the Falcon. It was he who saw great potential in an economical compact automobile the masses could afford and operate. The Falcon rolled onto showroom floors September 21, 1959, and became the most popular compact car in the marketplace. It outsold the competition by a wide margin at 435,676 total units in 1960. The following year, the Falcon eclipsed its own numbers at 473,491 units.

Although we cheer about the Mustang's phenomenal success, Falcon paved the way for great triumphs to follow, such as the Mustang and Maverick. The Mustang was a smashing success at 1,000,000 units in the first two years. The Maverick blew away all Ford nameplates at nearly 579,000 units the first model year. The Falcon's success made all of that possible.

This leads us to Jack and Doreen Ward's low-mileage '63 Falcon Futura sedan. When Kennedy was president, Jack, along with Doreen's uncle, Ken Weller, drove to Colchester, Connecticut, to a place called Ed's Garage for a look at new Fords. On Ed's showroom floor was this car clad in Corinthian White, anodized aluminum, and fresh chrome. What made it different from other Falcons was its 260ci V-8. It was the Falcon Futura-a byproduct of Ford's exciting Total Performance campaign unfolding in the spring of 1963. The redesigned roofline was more formal and less stodgy. Would you believe this car had an AM radio that Ken had the dealer remove? He didn't see much point in spending $58.97 for a radio, and the antenna had not yet been installed.

The new Falcon was out the door for $2,356.98 and in the hands of Uncle Ken, who was thrilled with his new purchase. That was 44 years ago.

Late in 1965, Ken decided to park the Falcon at 4,500 miles and not drive it anymore. He kept it in a heated basement garage where it sat until 1987. When he passed away, Jack and Doreen took possession of the car, driving it occasionally. It needed freshening up mechanically-a clean fuel tank, a new radiator core, a tune-up, and more. Jack graced the car with N.O.S. Autolite parts to keep it like new.

The things that intrigued Ken in 1963 continue to excite Jack and Doreen today. Because most Falcons had six-cylinder engines in 1963, a 260-2V V-8 under the bonnet was anything but usual.

Ken liked the soft roar of his Falcon's engine. It was snappy and delivered more torque than the six. Fluid-coupled to the V-8 was Ford's two-speed Borg-Warner automatic. The more common C4 three-speed Cruise-O-Matic was a year away. This makes the '63 Falcon a one-shift wonder, ready for cruising and reflecting.

When you study quality issues, Ford had it all over the competition in 1963. As enthusiasts, we tend to fuss about engineering changes, but that's why Ford quality was exceptional in those days. The Falcon was better than the Valiant, Dart, Corvair, Chevy II, Pontiac Tempest, Oldsmobile F85, and the Rambler because Ford paid close attention to detail. Check out the interior with its unbeatable comfort and plush surroundings.

Outside, Ford stylists laid down just the right amount of aluminum and chrome to get that Futura message across. Full wheel covers dressed in red, white, and blue made us all feel good about being Americans.

Jack and Doreen keep the Falcon flame alive not so much for driving enjoyment, but to keep Uncle Ken's memory close. That's the great thing about family heirlooms. Even if you weren't around in 1963, nothing beats the visual and feel of a classic Falcon sedan ready to take on suburbia-and the history books. 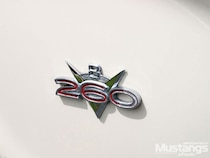 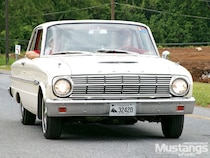 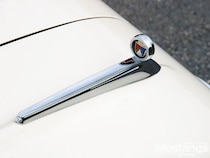