Modular Mustang Racing put this Shelby into the 1,320 record books 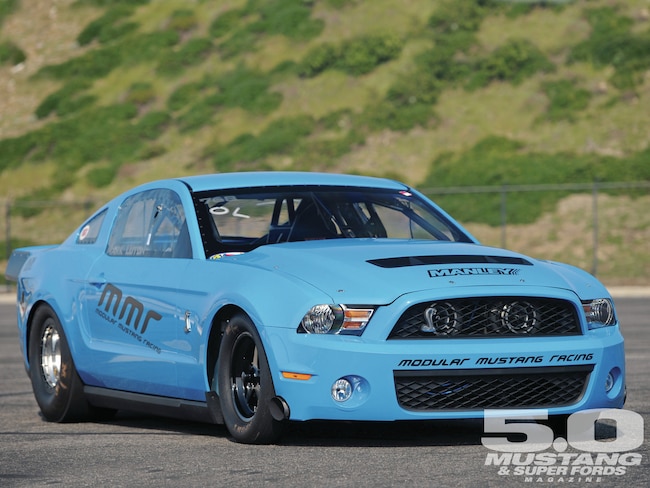 When a new Mustang is released, a virtual race begins for those in the business to stake a claim by laying down performance milestones with various combinations. The milestones of note typically start at 10-second e.t.'s and quickly. Typically these milestones are achieved with street cars the eventually become race cars. This is usually a gradual transition culminating in a full-blown race car. It's usually the street cars, however, that most enthusiasts relate with.

It's rare that there are cars that move right into the race-car category yet still resonate with general enthusiasts. These are precisely the kinds of rolling billboards that Modular Mustang Racing (www.modularmustangracing.com) aims to create. "That's one of the things we've always been about--street-appearing cars," said Mark Luton of MMR. In face, if you were to just take a passing glance at the company's latest ride--a '10 Shelby GT500--you might think it was just another Grabber Blue 10 with a few stickers. That is, until you walked around back to see the giant rear slicks and twin parachutes.

In fact, MMR strives to create some of the quickest rides out there to showcase its engine-building acumen. So far it seems to work, as the outfit sells its engines worldwide, and what is learned at the track trickles all the way down to the company's entry-level engines. "If we can make an engine live at 2,500 hp," said Mark Luton of the tech transfer from the track to the street. "Imagine how your engine will live at 700-800 hp."

Of course, it certainly can't hurt that the all-aluminum 5.4 powers the first GT500 in the 6s. That's right. This striking blue Shelby conquered the quarter-mile in 6.99 seconds at 205 mph. That's an impressive accomplishment in and of itself, but what's truly impressive is that the 330ci MMR Shelby competes with 450ci small-blocks and 550ci big-blocks that can also employ twin-turbocharging in the ranks of the Pacific Street Car Association.

"We are outgunned by cubic inches, but there's only so large an engine we can build," Mark explains. "(However) it's fun to be an underdog and our customers can relate." It's that sort of stiff competition that led to this car's quick transition from wounded street car to racetrack sensation. "We needed a lot more to compete in the PSCA," Mark elaborates. "We needed the best of everything. The black car (MMR's 7-second S197) was so overweight, it was easier to just start fresh."

Fresh meant acquiring a legit '10 Shelby GT500 that suffered a rearend collision. The damage required a new body panel and other bodywork, but it wasn't too tough to repair. What's interesting is that all the body panels--stock and replacement--are factory metal. That includes the stock aluminum hood. While there is some racy carbon fiber inside the car, this 6- second Shelby is truly a doorslammer.

Of course, running a real Mustang with a 5.4 modular is a challenge, and though the car has run impressive numbers, it's going to take mid-6s to compete in PSCA Outlaw 10.5. However, Mark is confident that they can get there with this car. "I think 6.70s to 6.80s are a goal for this year, and we've been dead-on with our predictions so far," Mark says. "The turbos are running well below their efficiency level at only 35 psi. They can support 42-50 psi."

"The craziest part is that this car has only been down the track 13 times (as of this writing)," Mark added. "It has so much potential." Apparently for the MMR GT500, setting records is just the beginning. 5.0

Horse Sense: MMR's next project is a single-turbo '11 GT. The goal of this Coyote-powered project is 7.80s on a 10.5 tire! They also have a new Jerry Haas chassis that will eventually set its sights on the PSCA's all-out Pro class, where it will square off with the likes of John Mihovetz's record-setting ride. 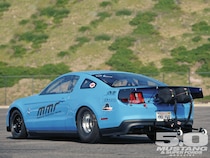 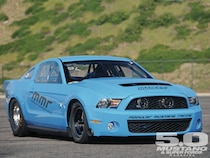 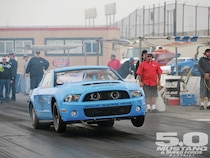 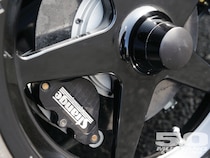 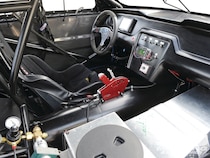 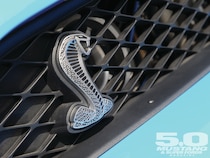 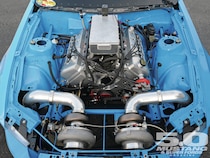 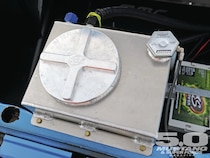 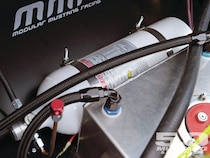