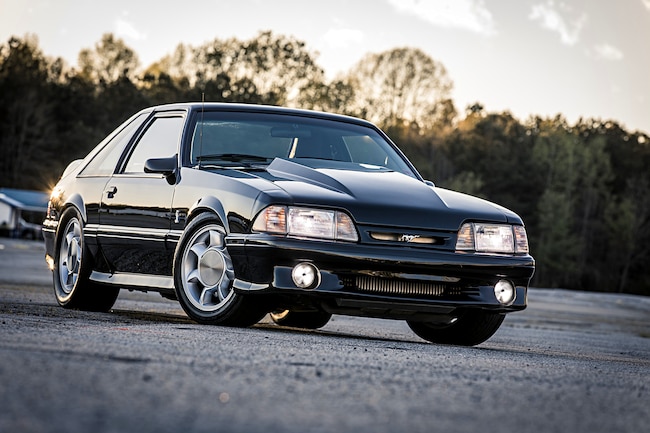 Turbocharging is an extensive part of today’s outlaw drag racing world, enabling the upper echelon racecars to accelerate to over 200 mph in just 3.7-seconds on eighth-mile drag race courses. Turbochargers in drag racing might date back to the ‘60s, however it only went mainstream around the turn of the century and has been going strong ever since.

The Grand National vs. Mustang wars of the mid 1990s certainly contributed to the mystique and effectiveness, after all if the snail-shaped boost maker could make a V-6 powerplant produce over 1,000hp at the time, then the potential on a V-8 would be even greater. Some daring Mustang racers dabbled in turbos for the better part of the 1990s with some successes. The community, however, took a big step into that world in the early 2000s and the drag racing landscape has never been the same since that evolutionary era.

One of the early pioneers of a turbocharged combination was “Bad Brad” Brand, or Triple B as some call him, of Atlanta Chassis Dyno. He quickly worked his way through the small-tire ranks of NMRA and the former Fun Ford Weekend series with a 1993 Mustang LX notchback. First with a supercharged engine, Brand began knocking down low 8-second runs on true 10.5-inch slicks in 1999. The accomplished tuner and car builder would take a major leap when he ditched the blower in favor of a turbocharger in 2000.

It isn't a dyno queen, it is a cruiser! Brad Brand's racing accomplishments prove that if he wanted a race car then he would just build another one.

“I was tired of the blower belts,” recalled Brand. Racing applications in the early years relied on cogged belt drives instead of today’s more efficient and effective gear-drive units. He continued, “It drove me insane when the belt would break in the middle of a run.” He added a single turbo that measured 101mm and he never looked back.

By the early 2000s, the black coupe transitioned into Outlaw 10.5 trim with a back-half chassis. Armed with a stroked Windsor engine that wore a set of Trick Flow High Port cylinder heads, Brand rowed the gears of a Liberty Equalizer five-speed clutchless transmission and applied the power to a set of 33x10.5W tires. He had epic battles against the likes of Tim Lynch, Billy Glidden, and many others as the fight for Outlaw 10.5 supremacy was contested nearly weekly at dragstrips across the Southeast.

Brand ultimately became the first person to run 200 mph in Outlaw 10.5, a mark that wouldn’t be touched for over a year. He was the king of speed and blazed a trail for many to follow with turbochargers.

Brand’s semi-professional drag racing career brought him to Pro Modified drag racing, once again setting the standard on Mickey Thompson 10.5W tires. Like the 200 mph mark, Brand became the first racer to run a 5-second elapsed time on 10.5W tires. He has had a been-there, done-that kind of racing career and Brand stepped away from the sport to concentrate on family and business.

The itch, however, for cool and fast cars never faded from Georgia-resident. “I have always had fast street cars and I wanted to build something to go fast but drive it to work during the week,” Brand shared. His latest whip, a 1993 SVT Cobra, could be one of the wildest street cars we’ve come across as it mixes cutting-edge racecar technology in a street car that looks stock.

The clean Fox-body era Cobra doesn’t look like much from the outside, a set of polished wheels and flawless factory paint indicate it is a well-loved classic Mustang. One peek under the hood, however, and the entire story dramatically changes. “I took what I learned in racing and applied it to this car,” explained Brand of his twin turbocharged 302.

The result is a Cobra that pegs the dyno at his Atlanta Chassis Dyno shop at 1,500rwhp with the engine seeing 32-33 psi of boost and consuming a large volume of VP Racing Fuels Q16 gasoline. On the pump gas tune, Brand said the car still cranks out 900-1,000rwhp at 15 psi. All the dyno results are through a Tremec Magnum XL six-speed that was highly modified by American Powertrain and a custom RAM triple-disc clutch.

He rattled off a list of tricks employed in the Cobra with the electronic controls being at the top of it. Using a Big Stuff 3 engine management system, the Cobra benefits from a traction control strategy that was derived from his 4,000hp Pro Mod on 10.5s. Without it, the 1,500rwhp combination can destroy the Nitto 555R drag radials—in fourth gear! The Big Stuff 3 also maintains control over the three 450lph fuel pumps. A primary 450lph pump feeds fuel to the engine under normal driving conditions and Brand has the other two pumps coming on-line as the boost increases.

A fortified Tremec six-speed transmission ensures Brand's street car is fun, because throwing an automatic into the Cobra would just send him down the road of a 7-second race car.

The engine itself is relatively mild as it displaces 368ci thanks to an 8.2-inch deck block that has 4.125-inch bores and a billet crankshaft with a 3.450-inch stroke. The AFR 185 cylinder heads help keep the torque high and the boost coming quickly thanks to the smaller ports. The head gaskets are copper and Brand added O-ring grooves to the block and cylinder heads, another racecar trick to keep the cylinder pressure from pushing the gaskets out. The camshaft is an aggressive solid-roller stick, but he uses a set of hydraulic roller lifters to keep maintenance to a minimum.

A pair of Precision Turbo 62mm turbochargers feed air into a custom air-to-air intercooler. It cranks out 15 psi when Brand drives the car on the street and utilizes pump gas. Things get exciting when the race fuel is mixed into the fuel tank and the boost is increased to 33 psi.

He often gets asked the question of what will it run? He hasn’t had the Cobra on track with the new twin turbo setup. But he managed to push the older combination, which made 1,000rwhp, as quick as 10.00 at 157 mph. Though he has resisted putting in an automatic for fear of escalating the daily driver into a race car as he tends to lose self-control when it comes to drag racing. He concluded, “If I wanted another race car, then I’d build one. I just want a street car, so I am going to keep the stick in it.” That is not to say Brand isn’t considering jumping back into the drag racing world, he just doesn’t want to cut up his street car to do so.

Despite the street car status, Brand did hint that he might get out to the NMRA World Finals and make some runs in the Tremec Stick Shift Shootout just to see how quick he could run. But for now, if you run into a Cobra in the Georgia area, just wave hello to a turbocharged legend and know that there is over 20 years of record-breaking experience hidden under the sheetmetal. 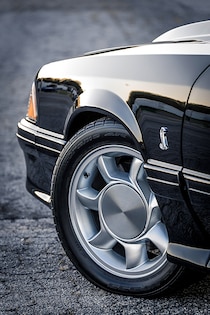 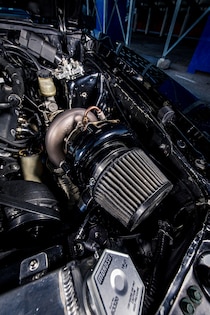 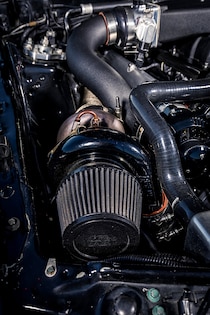