This rare X-code 1968 Mustang fastback was found in a warehouse, with a few more surprises 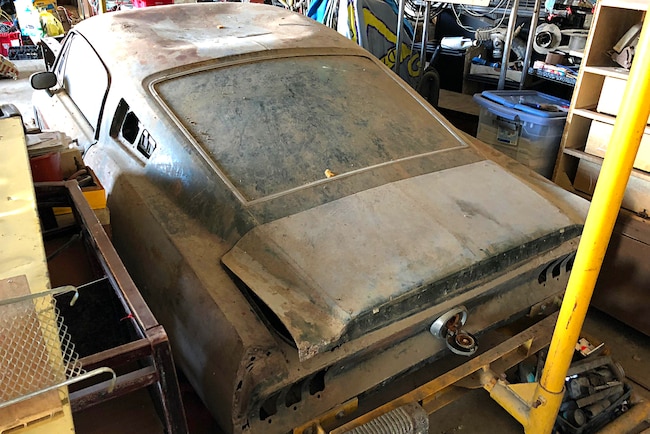 “They know I like Mustangs and Fords, so they called me,” Shane Fowler said.

Fowler was ready to go on the hunt from that first call, but they made him wait three weeks while they cleaned around the Mustang, buried 25 miles away in a warehouse in the tiny town of Branch, Texas—Fowler describes it as, “no red light and one caution light.”

“I had a ’77 Mustang Cobra II being painted and the painter called me and told me that friends of his, their dad had died. In cleaning out his warehouse they found an old Mustang.” While digging through “junk,” they also found a 1-ton truck. That’s how cluttered the warehouse was.

The space-saver spare tire turned out to be a gem, stock for a Boss 429.

When he arrived, Fowler found a 1968 Mustang fastback in pieces. The engine and automatic transmission were out of the vehicle, the fenders were laid to one side, and the seats were inside, but they were 1969 Mach 1 buckets. The fold-down rear seat was intact. Most of the parts were on shelves. Shane figured the remanufactured 390ci big-block on an engine stand came out of the Mustang. The fifth digit of the VIN was an X for the extremely rare 390 two-barrel, one of a mere 189 fastbacks built with this engine. (For the record, X-code production, unique to the 1968 model year, was 733, divided between 477 hardtops, 189 fastbacks, and 67 convertibles.)

“The two daughters were there and people were just coming in and out and going through everything and buying anything they wanted,” Fowler said.

The interior had two surprises. One was 1969 Mach 1 bucket seats.

The owner had lived in the back of the warehouse, which at one time had been a Corvette restoration shop. Fowler saw five to six Corvettes cut in pieces laying in the woods and inside “a ton of Corvette T-tops and parts, which the Corvette guys wiped out.”

Despite the two-barrel engine, this car shared the same model year (1968), body style (fastback), big-block (a 390), and color (Highland Green) of the famous Steve McQueen Bullitt movie car. Fowler’s find had Styled Steel wheels, manual steering, manual drum brakes, and air conditioning, which he said was “a little different way to order a big-block.” In the trunk, Fowler found a space-saver spare, which he knew was not stock for a ’68 model. He thought it was a regular 7.35 Mustang spare. He cleaned it up at home and found it was a 7.75, which is a Boss 429 spare—a real gem he sold to offset the price he paid for the car.

The second surprise inside was a T-5 emblem above the glovebox. Nothing on the Marti Report indicates a T-5 heritage, which is export to Germany. The DSO was Houston, a port city known for car exports.

Fowler added, “We spent two days digging through parts. I’m sure the headlight buckets were there, but we could not find them. The rest of the parts were there.” The floorpans were rusty, as were the rear quarters and trunk floor, which Fowler says is typical for south Louisiana.

Shane figures this classic Mustang is best suited as a restomod project that would make a great Bullitt build, although the rarity of the X-code would also be very intriguing to return the ’68 to stock. What do you all think he should do to the car?

The VIN stamped into the fender apron, visible with the fenders off, revealed an X in the fifth digit, indicating the rare 390 two-barrel. 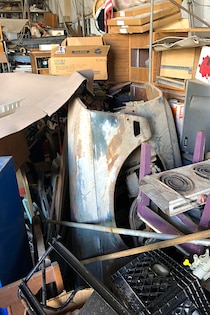 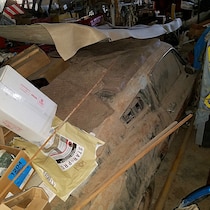