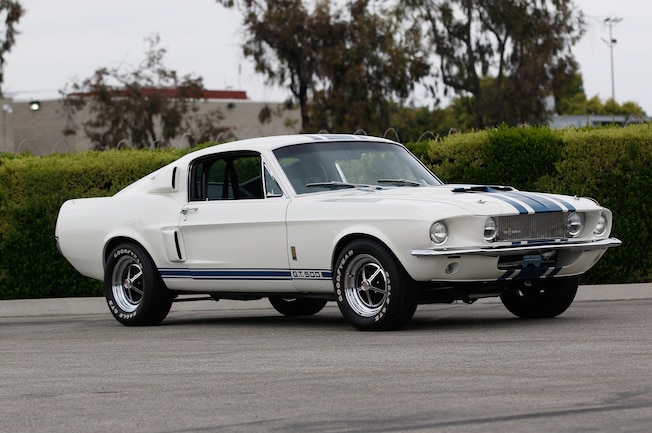 A few days ago we spread the news that Shelby American is producing a very limited production of 1967 Super Snake Mustangs, and we got Shelby President Gary Patterson and car builder Barry Smith of Legendary GT Cars explaining the project in more detail.

As we reported in that first news item to sum up what the Super Snake was back in the day, Shelby built an engineering study dubbed the Super Snake for high-speed tire testing by Goodyear in 1967. When that successful test ended, Shelby American offered it to Mel Burns Ford in So Cal to retail to the public. Former Shelby American employee Don McCain approached Shelby about doing a limited run of cars. They carefully studied the idea but sadly, the timing did not work because the car was too expensive. The program never came to fruition, until now.

Debuting for the media at Goodyear’s San Angelo, Texas, test track, Shelby personally took the wheel of the Super Snake and was clocked at 170 mph. After turning the car over to Goodell for the 500-mile test, the Shelby Super Snake set a new top speed world record for its class.

That one-of-one original Super Snake is well into the million dollar category of collector cars, but for less than a quarter of that you can now get a continuation version that will be one of only 10 produced. Check out our video of Gary and Barry explaining what the car is all about. 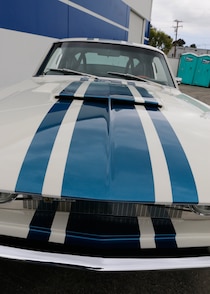