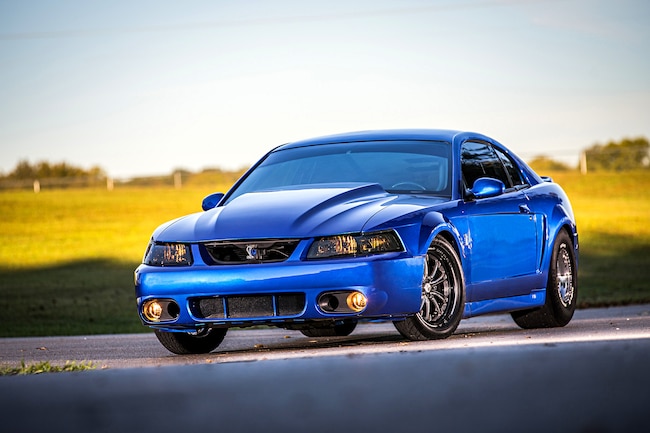 The world is changing rapidly but that doesn’t mean we always have to change with it. For example, in the earlier years of the late-model Mustang market circa mid 1990s, an automatic-equipped Mustang was looked down upon as inferior. There were some exceptions to the rule, but for the most part the AOD community had a slow stigma that surrounded them. If you wanted to be one of the cool kids, you had to wield a manual shifter in your right hand.

As time marched on, the weakling automatic would be bullied no more as more robust and efficient slush-boxes came to market. The aftermarket torque converter technology grew better and today, switching to an automatic in a big power street machine always translates into quicker times. The new Mustang sales prove that the automatic is more popular and the dragstrip capabilities of said transmissions are proven weekly at tracks across the country.

Despite the virtues of today’s factory and aftermarket automatic transmissions, there remain the hardcore gear-banging enthusiasts and one of them is Anthony Heard. Much like the Second Amendment supporters, a stick-shift handle will be pried away from Heard’s cold dead hands. He is a veteran power-shiftin’ driver with over a decade of abusing gearboxes and he won’t be giving it up any time soon. “I prefer the stick shift, I guess I just like doing things the hard way,” remarked Heard on his refusal to install an automatic in any of his Mustangs.

Running radials with a stick-shift is unheard of at this level of performance but Heard uses suspension adjustments and the power management option in the Haltech Elite 2500 to get it all to work properly.

Featured on these pages is Heard’s umpteenth late-model Mustang and it is perhaps his finest build to date, which was completed nearly three years ago. He has only shown a best of 8.89 at 159 mph on the timing boards, but there is more in it. Heard preferred not to share just exactly what the 1999 Mustang GT runs due to some grudge racing and No Time competitions.

But when Heard does show up to race, the New Edge Mustang is ready for action, in 2017 of the five major events he entered, Heard walked away with a win. His most notable victory came during the Tremec Stick Shift Shootout, held at the NMRA Spring Break Shootout where he outlasted an onslaught of some very quick Mustangs. He has won a total of four Tremec Stick Shift Shootouts—two with this car and two with his previous Fox-body Mustang. He is also the first QA1 True Street racer to go in the 8s with a stick-shift setup in NMRA competition. Heard also wanted to thank his longtime friend and sponsor, Hitson Diagnostic Guy.

The car is impressive as everything was built by Heard at his shop, with the exception of the Tremec Magnum, which was upgraded by Tick Performance. The New Edge Mustang did get a fresh Terminator look and blue paint job before Heard jumped into the performance side of the build. The car is surprisingly mild for its 8-second capabilities—the interior is all stock down to the front and rear seats but is surrounded by a 10-point roll cage. Race weight with the driver strapped in is 3,300 pounds.

The front and rear suspension are from UPR but the car’s stance is enhanced thanks to a narrowed 8.8-inch housing and the factory wheel tubes were moved over 1.5-inches. It allowed Heard to lower the stance and give it a more aggressive appearance. The 8.8 housing is filled with a Strange Engineering spool, 35-spline axles, and an undisclosed ring and pinion set.

For power, Heard began with a Ford Performance R-block, which is no longer available from the OEM performance division. The displacement has been enlarged to 331ci while using off-the-shelf steel crankshaft, rods, and pistons. Heard said he used a set of Total Seal piston rings during assembly.

A 331ci small-block with a Precision Turbo 7675 turbocharger provided enough power for 8-second runs. Heard is upgrading the turbo and internals for far more boost in 2018.

Topping the stroker engine is set of Trick Flow High Port cylinder heads, Edelbrock Super Victor EFI, and a Precision 7675 turbocharger. Heard also fabricated the turbo system and the Precision turbocharger feeds an air-to-water intercooler that is mounted behind the dashboard. A Haltech Elite 2500 was selected as the engine management system thanks to several unique features it offers.

Heard relies on an ACE twin disc clutch to harness the horsepower and transfer it efficiently to the Tremec Magnum six-speed. The Tick Performance upgraded the Magnum with carbon fiber synchros and other tricks. Heard used to have a face-plated T-56 out of a Cobra but elected to sell it offer before it broke and upgraded to the Magnum version.

A unique attribute to package is the use of Mickey Thompson ET Radial Pro 275 tires, which is a rarity in the stick-shift world. “I chose to run a radial tire with a stick-shift instead of the bias-ply. I knew it would be faster but it took a lot of testing to get it figured out,” Heard explained. The technique is a closely guarded secret but he said his success is due to unique suspension adjustments and power management using the Haltech Elite 2500. The results speak for themselves with the 8-second time slips and multiple victories.

“I just love driving the car. With the six-speed you could put it into sixth and cruise on the highway at 80 mph without a problem. I drive this car everywhere,” said Heard. Right now the car is down for some modifications, but he plans on getting it up and running this summer. On the schedule for upgrades is the rotating assembly as Heard is turning to billet steel crankshaft and beefier connecting rods. The reason for the stronger short-block is due to an upgrade in boost. The 7675 turbo is coming off and an even larger Precision Turbo unit is going back on.

As the world looks at automatic transmissions, Heard isn’t giving up his short-throw shifter. And with his latest round of upgrades, he will gladly prove that the stick is not only more fun, but it is also quicker.

Heard built the entire car, including the roll cage and paint job in his garage, as he only farmed out the transmission build-up and machine work on the engine block. 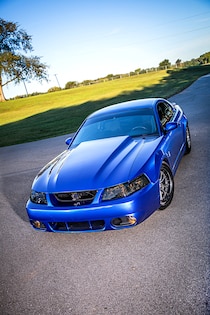 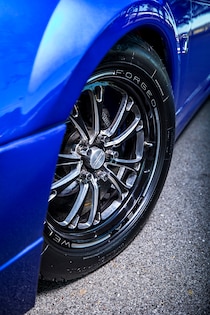 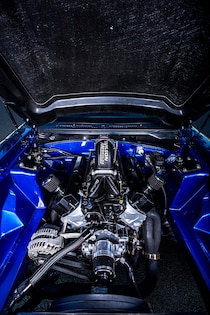 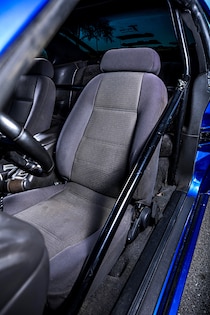