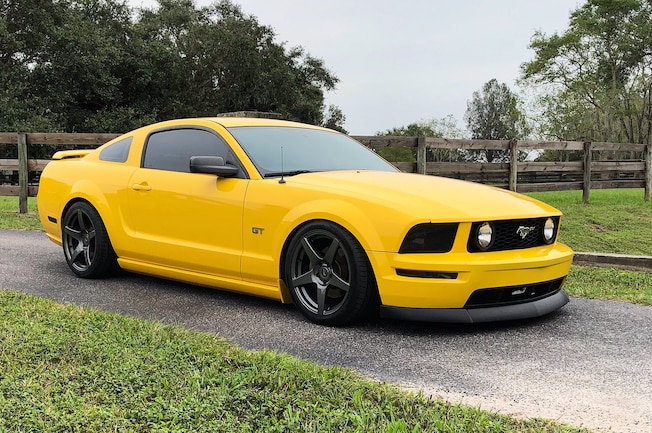 Florida’s Tyson Krasley has always wanted an American V-8. After test-driving this 2005 Mustang GT three years ago, he knew he had to have it. Slowly but surely he has been customizing his Three-Valve Mustang, dubbed C3PO, to be the ultimate daily driver. Krasley wanted to keep the exterior simple, sticking with a mostly stock appearance overall, aside from the BC coilovers to lower the car 3 inches all around and the Forgestar CF5 wheels (18x9 front, 18x10 rear). Other modifications include a Paxton Novi 1200 kit tuned by Brenspeed, a larger throttle-body and Boost-a-pump, BMR control arm relocation brackets, an Exedy Stage 2 clutch, a Steeda short throw shifter including a Ford Performance one-piece driveshaft, Flowmaster exhaust, and 3.73 gears.